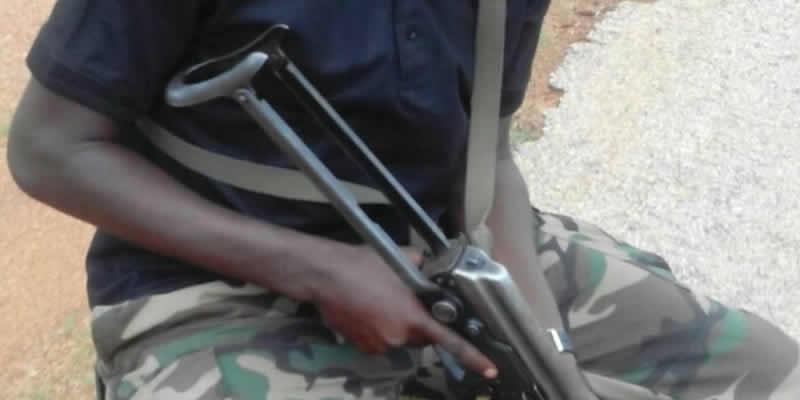 An Army Captain has been abducted by gunmen suspected to be kidnappers along Auga/Akunnu highway in Akoko North-East Local Government of Ondo State.

The Army Captain identified as D. Gana was abducted alongside three others.

It was gathered that the kidnapped captain was on transit through the state from Abuja when the gunmen struck.

The Auga/Akunnu highway in Akoko North-East Local Government Area of the state has been one of the flashpoints of kidnapping activities within the northern senatorial district of the state.

Suspected herdsmen had been linked to most highway crimes perpetrated in the area.

The hoodlums were said to have stopped the vehicles on the highway and dragged them into the bush, leaving the vehicle on the road.

According to a source, the hoodlums did not pick any item from the vehicle but left the doors of the vehicle open after taking the victims away.

He disclosed that the abductors had contacted the family of the victims, demanding N20m for the release of the four victims in their custody.

He, however, said the Divisional Police Officer, DPO, of Ikare Division, immediately deployed men of the state police command from the division to the area, only to meet the abandoned vehicle.

It was learnt that men of the 32 Artillery Brigade, Akure of the Nigerian Army mobilized men to the area to comb the bush to rescue the victims and apprehend the culprits.

He explained that the Command had been briefed while the State Police Commissioner, Undie Adie, had ordered detectives from the command to search the forest in the area for the kidnappers in a bid to rescue the officer.