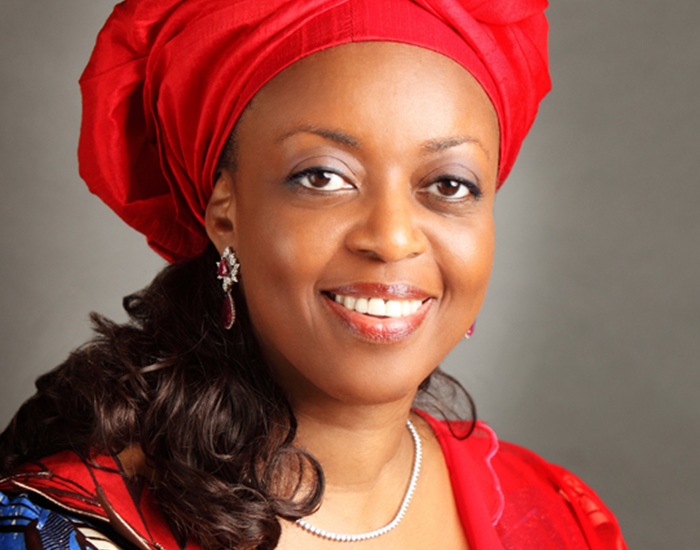 Former Petroleum Minister, Mrs. Diezani Allison Madueke has secured her immunity from prosecution in Nigeria after becoming a citizen of the Dominican Republic.

Top among her assets, either placed on permanent or temporary forfeiture, is the $37.5million Banana Island property.

She is also expected to account for alleged spending of $6.9 million to buy three 40-feet mobile stages for use during mass public speaking events.

But despite judgments and rulings by some Nigerian courts, the EFCC is said to be facing an uphill task to extradite the ex-Minister since her interrogation by the International Corruption Unit (ICU) of NCA on October 2, 2015.

The NCA is yet to disclose the four other suspects who were arrested and quizzed with the ex-Minister.

“We Are In Nigeria, No light, ” – Cardi B Shades The Country As She…

Investigation however revealed that her case, including extradition process, is getting complicated after laying claim to citizenship of the Commonwealth of Dominica.

Diezani was issued a diplomatic passport, DP0000445 by the Dominican Government on May 21.2015 shortly before the handover to President Muhammadu Buhari by ex-President Goodluck Jonathan.

Her citizenship was confirmed by a May 29, 2015 approval letter by the Prime Minister of the Commonwealth of Dominica, Roosevelt Kerry.

She was also appointed as a Trade and Investment Commissioner for the Commonwealth of Dominica.

The Prime Minister’s letter to Diezani reads in part

“I am pleased to confirm your appointment as Trade and Investment Commissioner for the Commonwealth of Dominica.

“Please note that this posting does not attract a remunerative package. In that respect, I am particularly encouraged by your willingness to serve.

“The appointment of a Trade and Investment Commissioner is consistent with my Government’s declared intention to have a permanent and active presence in the global business and financial sector operations. We believe that Dominica can benefit immeasurably from your illustrious record and profession success, and knowledge of investments and business operations.

“As Trade and Investment Commissioner, your scope of operation would revolve around the direct promotion and marketing of Dominica as a trade and investment domicile, as well as an emerging and unique tourist destination in the Caribbean.

“I encourage you playing an active role in the coordination of road shows and trade and investment expositions, as well as providing facilitator services to businessmen interested in investing or doing business with the Caribbean region. Dominica is ideally placed and equipped to serve as the perfect hub for such commercial activities in this region.

“Additionally, we would wish for you also to avail yourself and be of assistance to any Dominican citizen who may be keen on exploring business, trading or investment relations with the region or who may otherwise need assistance in the event of any distress.”

A top source, who spoke in confidence, said:

“Diezani is fully taking advantage of the system in the United Kingdom and the Commonwealth of Dominica where she is a citizen.

“We cannot successfully repatriate her without the involvement of the two countries. She has really set hurdles against her extradition. While the National Crime Agency (NCA) claimed that it is still investigating our allegations against Diezani, the Commonwealth of Dominica has not shown any interest in the return of her citizen to Nigeria.

“What we have done so far is to present a comprehensive report of our findings to the NCA.”

Responding to a question, the source added:

“As it is now, Diezani has dual citizenship and the UK Government would have to consult with all the affected countries.

“The prospect of extraditing Diezani is cumbersome. There had been issues on the actual treaty upon which she can be extradited. Yet she cannot be tried in foreign jurisdiction.”

The Acting Chairman of EFCC, Mr. Ibrahim Magu in February said: “I was in London this year, we did investigation together with the United Kingdom team, and anywhere I go I always call for the extradition of corrupt Nigerians to return back the money.

“This woman stole so much, not less than $2.5 billion. But unfortunately, she has a generation of looters who are supporting her. This is not good.

“We are in touch with the international community, she is under protective custody, otherwise, we would have arrested her and return her to Nigeria.”