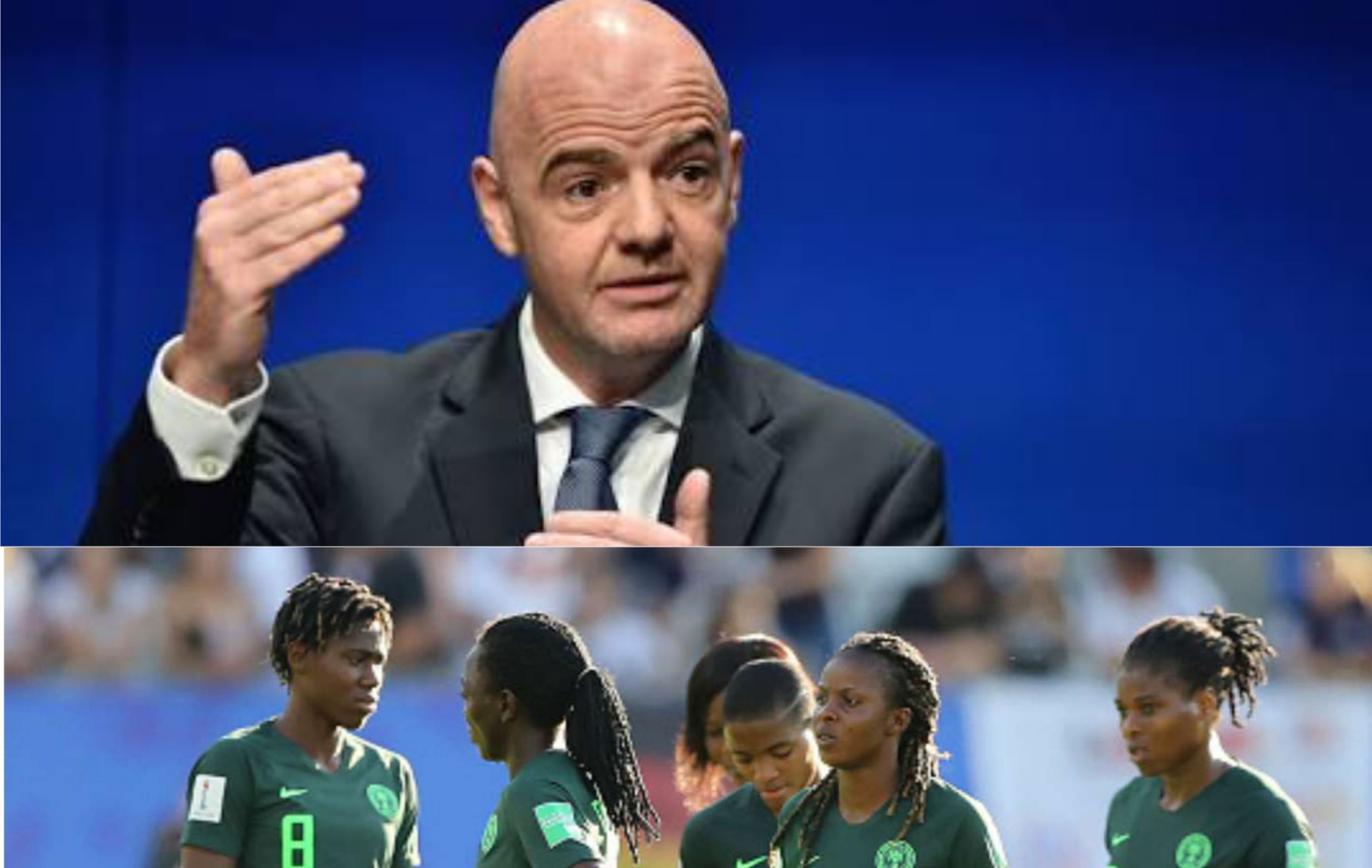 The payment of outstanding $700000 owed to the Super Falcons for participating in the 2019 Women’s World Cup has been paid to the Nigerian Football Federation as confirmed by the World football governing body (FIFA).

Recall that Nigeria’s women’s team, the Super Falcons participated in the Women’s World cup in June 2019 and as at February 2020 had not received payment of $1m for participation.

It was learnt that the NFF were due to receive $1m for reaching the Round of 16 in France but $240,000 was deducted for the Super Falcon’s extended stay in France and rescheduled flight after their sit-in protest.

According to a Fifa spokesperson, Will Shand, “Regarding your request, as part of our long-term vision to invest into the development of women’s football at all levels, prior to last year’s Fifa Women’s World Cup in France, Fifa announced that it would more than triple the financial contribution for participating Member Associations in the tournament to USD 50 million,”.

FIFA also revealed the money was also being processed.

Reacting to the development, Amaju Pinnick, the Nigeria Football Federation (NFF) president in an interview said the NFF had not received its prize money.

“I have always said that we have a special love for the Super Falcons,” Pinnick told media in a virtual press briefing on Monday.

“That is the team that has won the most laurels for this country and we appreciate and adore them.

“I will be in contact with Fifa during the week to know when we will receive the appearance fee from the 2019 Fifa Women’s World Cup.

Pinnick also revealed the team is meant to share 30 percent of the prize money.

However, FIFA Fifa has confirmed it has paid Nigeria the outstanding 2019 Women’s World Cup prize money in full.

“We can confirm that the full amount due to NFF related to the Fifa Women’s World Cup 2019, including prize money and preparation money, has been paid,” FIFA official Shand wrote to Goal .

Meanwhile the NFF says they haven’t received the payment.

“They told us they have paid the money but you know it takes time to hit CBN as it’s not a conventional bank,” an NFF official reportedly told Goal.

“It takes a little while before we can get the money from CBN. The process is not that smooth. The money from Fifa will have to go through the Citibank in New York to Citibank in London before it gets to the CBN in Nigeria.

“However, we have discussed with the players on the mode of payment and hoping to do that as soon as we can assess the money.”