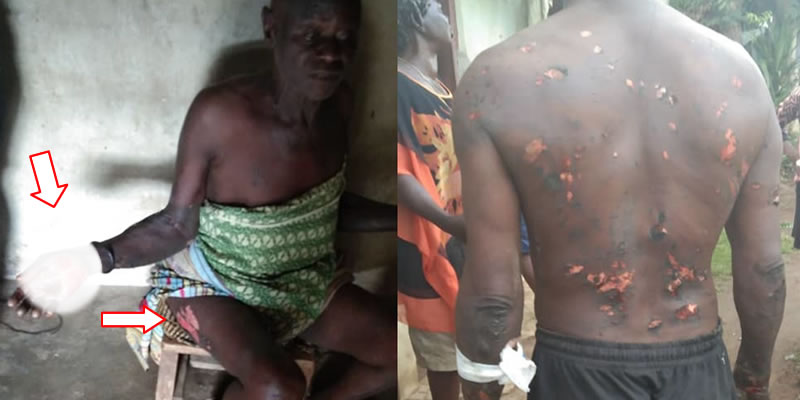 PHOTOS: SA to the Cross River State Governor allegedly burns his subordinates after dreaming he was betrayed

Drama as one of the special advisers to Cross Rivers Governor identified as Thomas Obi Tawo popularly known as General Iron allegedly burn locals to force them to confess after he had a dream that they fought him.

WITHIN NIGERIA learnt that the suspect, Obi Taiwo is the Special Adviser on Forestry Security to Cross River State Governor, Ben Ayade.

Journalist Agba Jalingo disclosed that Tawo tortured locals and went as far as burning parts of their bodies with fire to force a confession out of them based on a dream he had.

“The atrocities of Thomas Obi Tawo, aka General Iron in Boki LGA of Cross River state. He is Governor Ayade’s Special Adviser on Forestry Security. He dreamt that this people fought with him in his dream and he picks them from their houses and burn them with fire till they confess.” 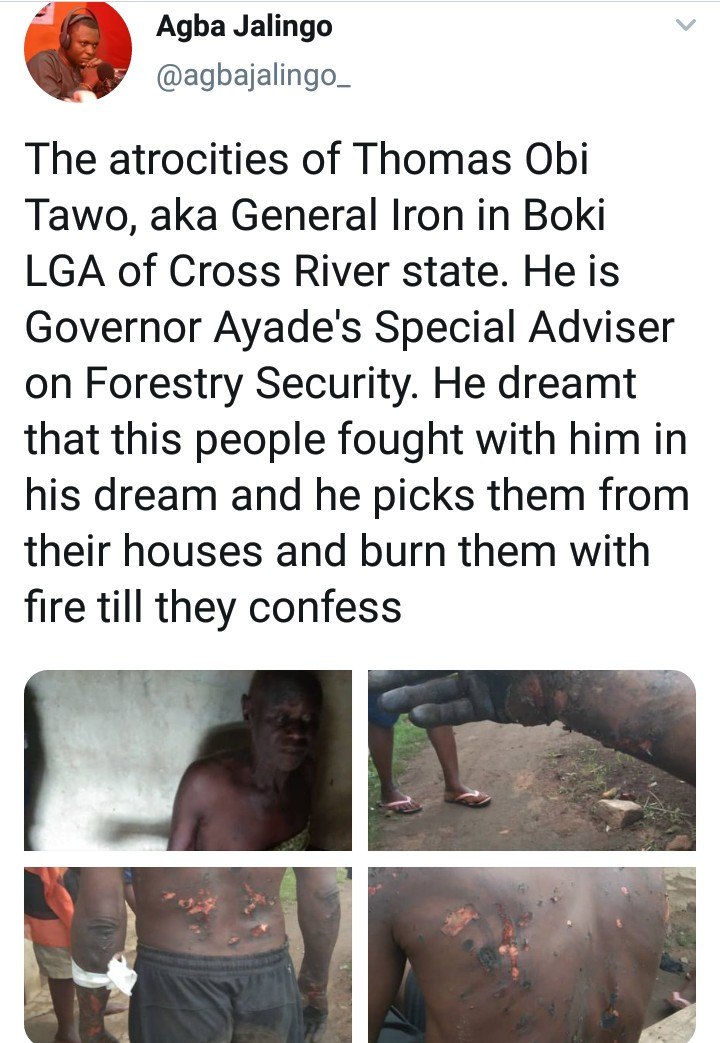 In a related story, WITHIN NIGERIA reported that Joseph Odok, a Nigerian lawyer and well-known critic of the Cross Rivers state governor, Ben Ayade, has been dragged before the Federal High Court, Calabar, the state capital, on treasonable charges.

Odok was arrested in Abuja on September 26th and taken to Cross Rivers where he has been in dentention for several days.