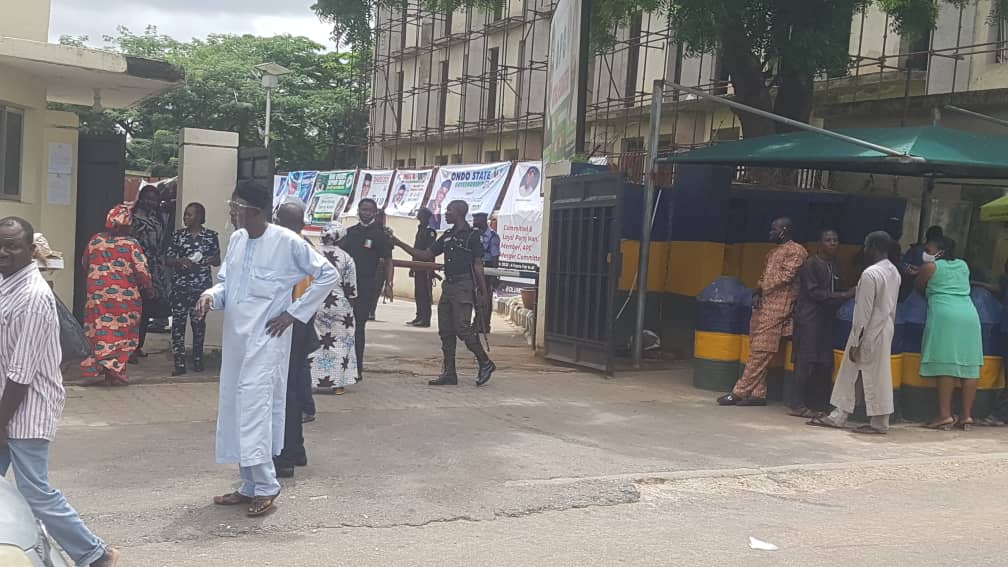 Some Police personnel sealed the National Secretariat of the All Progressives Congress on Tuesday.

This was based on the orders of the Inspector General of Police, Mohammed Adamu.

IGP had earlier scheduled a meeting with the two camps of the party’s National Working Committee (NWC) at the force headquarters by 1 pm.

But Chief Giadom is laying claims to the position of the APC National Chairman in an acting capacity.

Meanwhile, some of his colleagues in the National Working Committee said the former governor of Oyo State, Senator Abiola Ajimobi, who is indisposed, is the Acting National Chairman.

However, it was gathered that the IGP, who handed down the order through the FCT Commissioner of Police to the APC Chief Security Officer, instructed that members of the National Working Committee(NWC) are not allowed entrance to the party headquarters until the matters are resolved.

A party source said the seal off was to enable the IGP and the two NWC groups to review and discuss the various court orders being brandished.