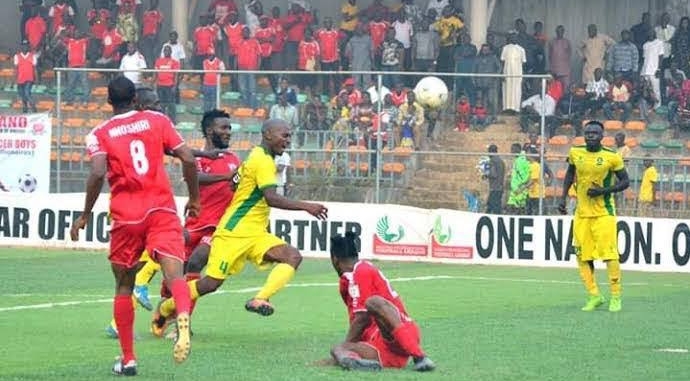 Consultation ongoing on how we will end Nigerian football league season, NFF discloses

There are ongoing discussions on how to end the 2019-2020 domestic league season due to the COVID-19 pandemic, the Nigeria Football Federation (NFF) discloses.

Football activities have been suspended by the Nigeria Professional Football League (NPFL), the body responsible for the management of the league since March due to the coronavirus pandemic.

Recall that Boss Mustapha, chairman of the Presidential Task Force on Covid-19 and secretary to the federal government early this month said the government had no plans to open sporting activities leading the League Management Company (LMC) to propose four options to end the league, including a point-per-game (PPG) method.

Club owners had to vote in favour of the PPG as Plateau United currently lead the NPFL table with 49 points from 25 games while Rivers United are second with 45 points and both clubs are in the Caf Champions League spots.

17 chairmen of the Club Owners Association voted in favour of the PPG method agreeing clubs should not face promotion or relegation.

Saudi to allow around 1,000 pilgrims to perform Hajj

The NFF has now announced that football stakeholders in the country should be patient until they conclude their consultations as to how the league should end.

“The Nigeria Football Federation has declared that wide consultation is still ongoing as to the format and pattern of foreclosing the 2019/2020 Football Season, including that of the Nigeria Professional Football League, NPFL,” read a statement from the NFF

In a related story, WITHIN NIGERIA reported that a Nasarawa United player, Chieme Martins slumped and died in one of the Nigeria Professional Football League games.

According to witnesses, Martins slumped after a collision with a Katsina United player, in a Sunday tie and efforts to revive him at the hospital were unsuccessful.