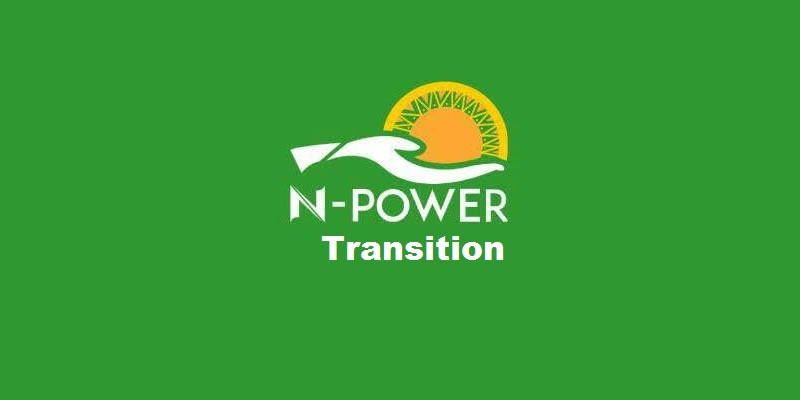 Policy experts in Nigeria have hailed the introduction and ongoing registration of the N- Power Batch ‘C’ Scheme, saying it is a welcome development for the realisation of President Muhammadu Buhari’s agenda for the positive transformation of the Nigerian economy through youth empowerment.

The experts who spoke at a virtual workshop organised by the Youth Economic Forum, on ‘the engagement of youths for positive economic activities,’ said the idea of commencing a batch ‘C’ registration was well thought out, while the registration has been commendable.

Minister of Humanitarian Affairs, Disaster Management and Social Development, Sadiya Umar Farouk had last week announced the introduction of the batch ‘C’ component of the scheme following the disengagement of graduates enrolled under the Batch ‘A’ and ‘B’ N-Power scheme.

The Batch ‘C’  according to the minister, is expected to afford the ministry the opportunity to enrol a new set of beneficiaries who will be upskilled to prepare them for employability or entrepreneurship as well as  provide skilled workers who will be critical to jump starting the Nigerian economy in the post-Covid-19 period.

One of the experts at the workshop, Dr. Gregory Mba, who spoke at length about the concept of introducing a fresh batch of beneficiaries to the programme said it is necessary to reach to the vast majority of the populace.

Dr Mba, who is the Director-General of Policy & Strategic Planning Network, said though it is natural for those enrolled under batches ‘A’ and ‘B’ to feel bad that their programmes are winding up, it is to the larger economic benefit of the country for a fresh batch to be enrolled under the scheme.

He said the continuous retention of the old beneficiaries after a cumulative four years since the programme commenced in 2016, would be tantamount to recycling a particular set of people, which might limit the scope of the programme.

He explained that: “In a social protection and youth empowerment programme such as the ‘N Power Scheme, the success of the programme depends on the total number of people reached and not necessarily the number of years certain persons benefit from it.”

He said the programme is not supposed to be a permanent employment for persons but a stop gap measure to offer the necessary push into gainful employment.

“Hence, administering the benefits repeatedly to particular recipients would defeat the aim of the programme as it would kill their initiative once they begin to view the assistance with  a sense of entitlement,”he explained.

Dr Mba said it is praise-worthy that out of the 500,000 beneficiaries enrolled in Batch A & B, about 109,823 have proceeded to establish businesses in their communities.

“What the minister is trying to do by introducing a fresh batch is to multiply this number of beneficiaries by another set of thousands so that at the end of the day, the effect on the economy would be more robust,” he stated

Another expert, Mr. Deinde Braimoh, who runs a non-governmental-organisation, NGO, on youth empowerment, also hailed the initiative by the Minister.

He said for the ministry  to commence Batch C after the termination of the lifespan of Batch A and B would enable more Nigerians take part in the scheme.

He explained that the Nigerian economy in any given year throws up about 100,000 graduates into the labour market who are looking for jobs and means to sustain themselves.

He said in a growing economy like Nigeria, the right thing to do is to provide the youths who could not find white collar jobs with the means towards being self employed through sustainable economic activities.

The expert said the APC led government of President Buhari did the right thing by introducing the N-Power where people are attached to particular vocations while being paid N30,000 monthly to acquire skills and garner experience.

Braimoh said it is expected that after two years, the process of re-orientation and skill acquisition would have been inculcated on the beneficiary whereby they can stand on their own.

He said due to the high number of personnel being churned out from schools into the labour market every year, it is expedient to reach out to the lot coming out of school so as to occupy their minds with the right activities before they lose the training acquired.

‘This, I believe is the essence of introducing the batch ‘C’ by the minister so there’ll be a smooth transition from those who have stabilised to those who are coming in newly,” he said.

Other experts at the workshop noted that the fact that over 1million persons applied for the N-Power batch ‘C’ within days of opening the portal shows the interest Nigerians have in the scheme and its objective of boosting the economy.

They lauded the committed of the minister to the scheme which they say would support  vulnerable members of the population and reduce the social impact of unemployment in the society.

They said, “The minister has shown uncommon passion and commitment to the programme which projects her commitment towards helping Mr President attain his objective of boosting the nation’s economy. ”

The President Buhari administration commenced the N-Power Scheme in 2016 in fulfilment of its promise to reduce poverty, unemployment and social insecurity among Nigerians and has since them deployed thousands of unemployed graduates to schools and other institutions to work there while the government pays them a stipend of N30,000 monthly.