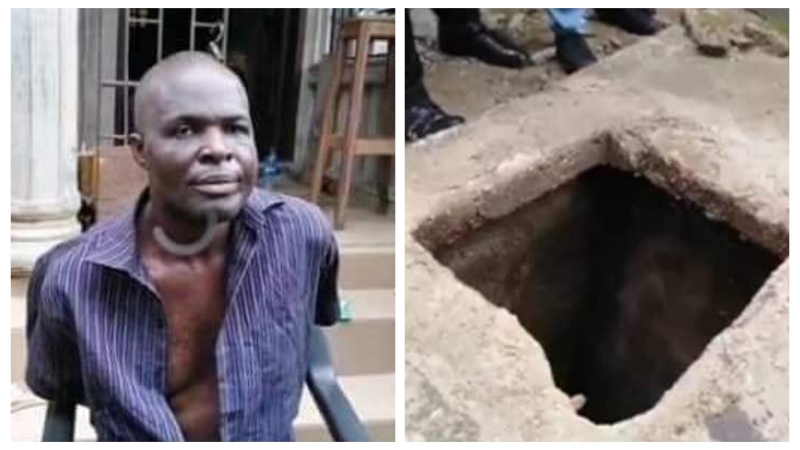 PHOTOS: Police arrest shoe dealer who kidnaps and kills his suppliers in Rivers

A shoe dealer identified as Ukachukwu Anthony who specialises in abducting and killing his suppliers has been arrested by the Rivers State Police Command in Igbo-Etche, Etche Local Government Area of Rivers State.

This was disclosed by Joseph Mukan, the Commissioner of Police in the state while addressing journalists he led to the residence of the suspect. 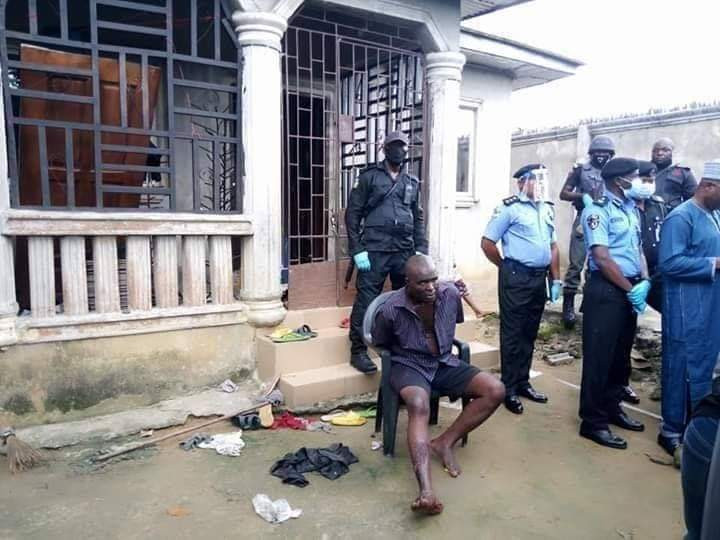 The Police boss said the suspect was arrested through intelligence gathering.

According to the police commissioner, the suspect confessed to killing his victims and dumping their remains in a septic tank inside his compound.

However, the suspect, Anthony while speaking to newsmen said he has so far lured three Togolese and one Nigerian to his compound under the pretext of buying shoes from them. 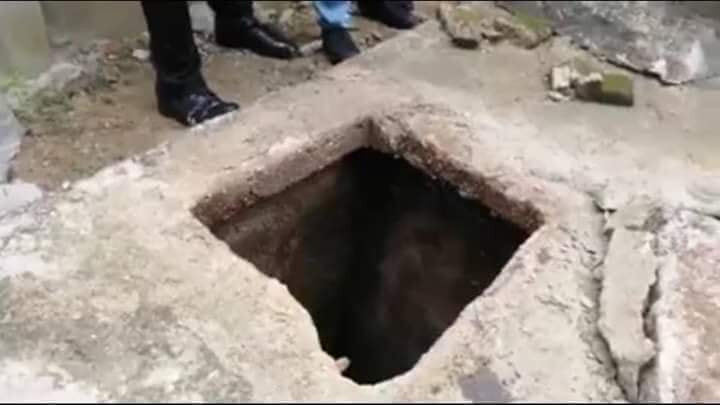 He said once they come into his compound, he kills them, dumps their body in the septic tank, and then takes possession of their goods.

”I will tell them to bring shoes. When they come, I will walk to their back and then strangle them until I confirm they are dead. I will then dump their body inside the septic tank.” Ukachukwu said.

It was learnt that the suspect, Ukachukwu Anthony lives in the compound alone while his wife and children reside in another area.

The police exhumed the bodies of the victims he has killed and deposited in the septic tank.