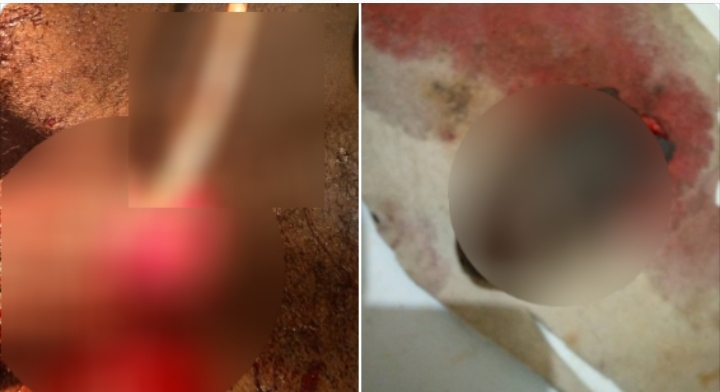 An 8-month-pregnant woman has reportedly chopped off her husband’s penis over little quarrel in the early hours of today, July 1.

This tragic incident was narrated by a Nigerian doctor via his official Twitter handle.

According to the Nigerian doctor @drpenking, the pregnant lady chopped off her husband’s penis after they got physical.

While narrating the incident, the doctor reiterated that domestic violence goes both ways.

An 8 month pregnant wife had a little quarrel with her husband this morning which got physical. She grabbed a kitchen knife and amputated the man’s penis. When next you want to advocate against domestic violence, remember that it can be both ways. (Viewers Discretion Advised).

Domestic violence victim in Lagos cries out for help (Photo)

In a related story, WITHIN NIGERIA reported that a 25-year-old woman has cut off the penis of a man who allegedly tried to rape her.

The police confirmed on Tuesday that the woman in her 20’s used a knife to defend herself after a man stormed her house in the central province of Punjab and tried to rape her.