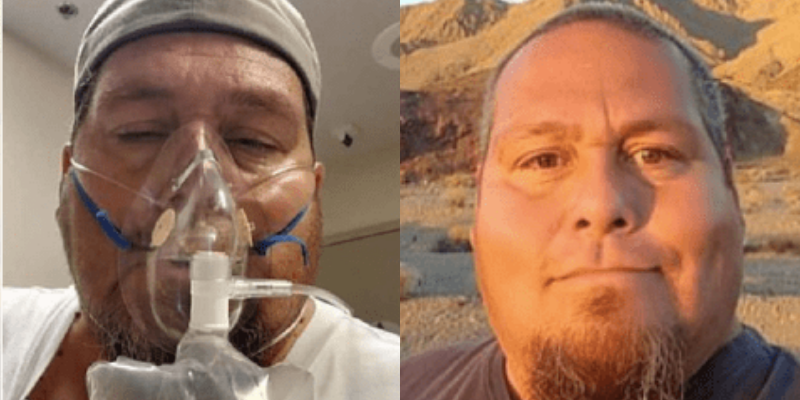 This is sad! A man known as Thomas Macias has died  a day after he called himself an ‘idiot’ for breaking social distancing guidance to attend a party

Thomas Macias, 51, was killed by the deadly disease on June 21, just a day after he lamented his decision to attend the family gathering, and on Friday, Riverside County health officials since confirmed Covid-19 as Macias’s cause of death to NBC News.

Marcias from Riverside County in California, after attending his family burial, infected at least 12 people and took to his Facebook account to lament on how bad he felt for breaking the rules.

Posting on his Facebook account, Macias said: ‘Some of you may know, but most don’t. I fucked up and went out a couple of weeks ago and I contracted the corona virus.

‘Because of my stupidity I put my mom and sisters and my family’s health in jeopardy. This has been a very painful experience.

‘This is no joke. If you have to go out wear a mask and practice social distancing. Don’t be a fucking idiot like me.’

‘Hopefully with God’s help. I’ll be able to survive this.’

Tragically, he died the next day after his post was made.

Macias, suffered from diabetes and was overweight. He was strictly adhering to social distancing guidelines from March, when Governor of California Gavin Newsom announced new lockdown rules to combat the virus spread but decided to go to the event after the governor announced plans to begin easing distancing regulations in June.

According to NBC news, Macias’ condition deteriorated rapidly on June 21, and he was rushed to hospital. He was put on a ventilator at between 6pm and 7pm that evening, and died two hours later.

Marcia’s sister Veronica Lopez wants to share her family’s tragic story to warn others of the dangers of Coronavirus.

Lopez,  said: ‘I think what he wanted people to know, this is a real thing. It’s serious, and it kills people.’