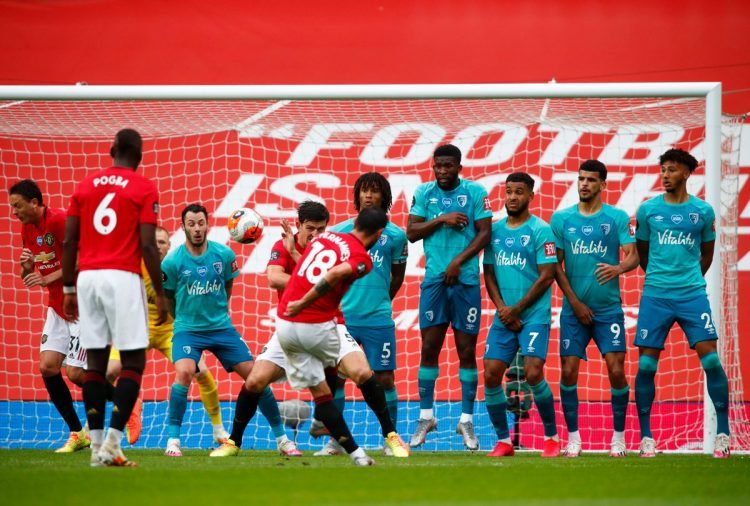 Manchester United demolished Bournemouth 5-2 on Saturday to move into the top four.

But if Chelsea win today against Watford, United will drop to 5th.

In Saturday’s match, Mason Greenwood scored twice in the league for the first time as Manchester United came from behind to beat Bournemouth 5-2 and increase the Cherries’ relegation worries.

Greenwood, 18, equalised for the hosts after Junior Stanislas’ shock 15th-minute opener before scoring United’s fourth with a superb effort after half-time when he took on Diego Rico on the edge of the area and cut a right-footed shot back across goal into the far corner.

According to BBC, Marcus Rashford had put United 2-1 in front from the penalty spot and Anthony Martial then increased the advantage with a brilliant curling effort into the top corner just before the break.

In an action-packed game, Joshua King pulled one back for Bournemouth with a penalty four minutes after the interval, but Eddie Howe’s men crumbled to an eighth successive away defeat after Arnaut Danjuma had what would have been an equaliser disallowed for offside.

Bruno Fernandes scored United’s fifth with a free-kick from the edge of the area.