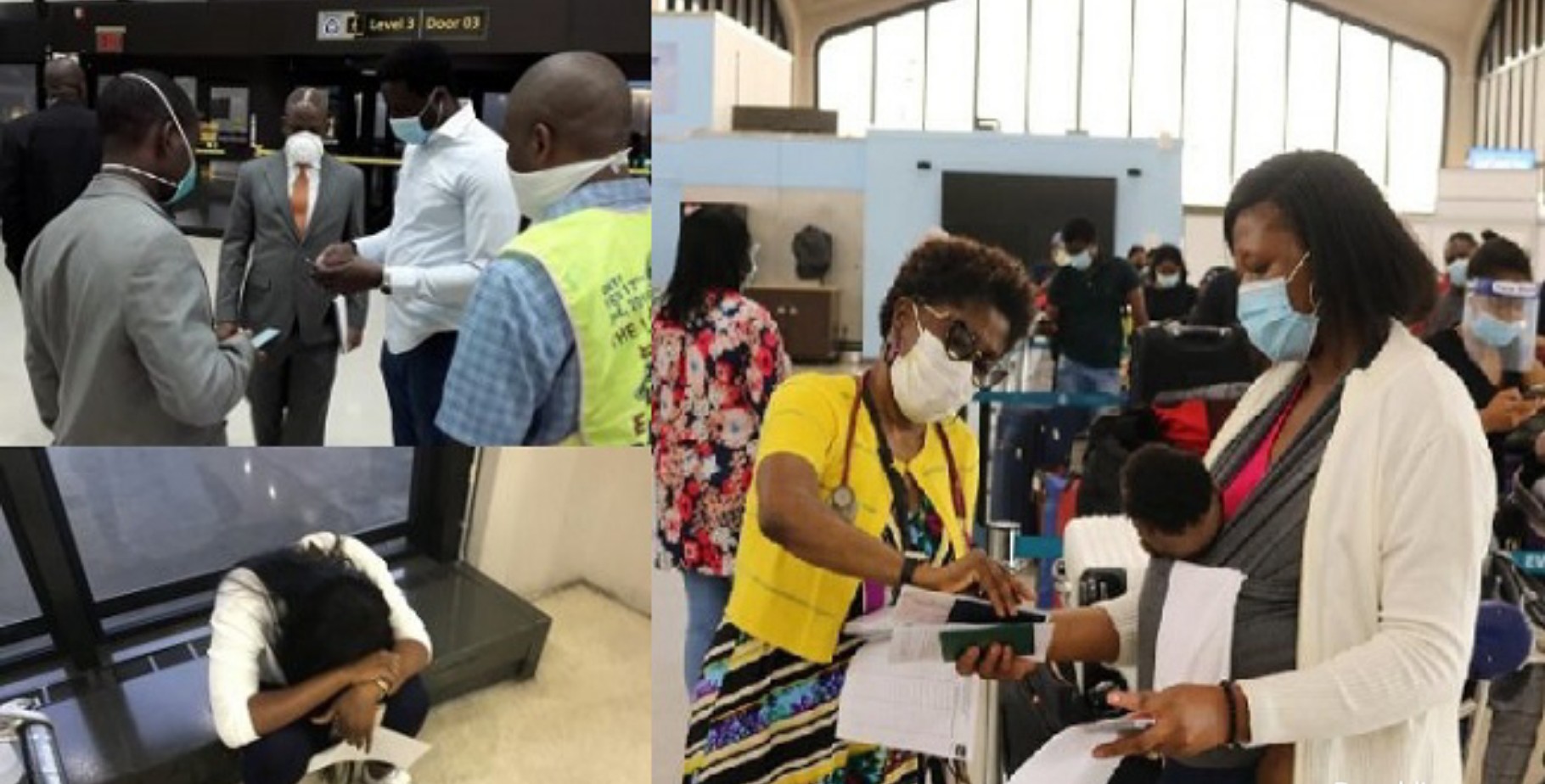 Nine Nigerians have missed the second evacuation flight from the United States for running foul of the Federal Government’s COVID-19 guidelines.

Among them is a family of five, according to Mr Benaoyagha Okoyen, the Consul General of Nigeria in New York, who oversaw the evacuation activities.

Okoyen told the News Agency of Nigeria (NAN) at the airport that they were not allowed to check-in after five of them failed to present a negative coronavirus test result.

NAN reports that the negative COVID-19 test result is one of the requirements for evacuation under the Revised Quarantine Protocol of the Presidential Task Force on COVID-19.

Okoyen said although the remaining four presented their results, they had to be dropped because they were on a family ticket with one of the defaulters.

He said one of the unidentified defaulters did not take the test at all despite being informed well ahead of time.

They are expected to arrive at the Murtala Muhammed International Airport, Lagos, on Saturday afternoon.

NAN recalls that the first set of 160 stranded Nigerians were brought home from the US on May 10.

This brings to 487 the current total number of citizens evacuated from the US through the special flights arranged by the Federal Government.

No fewer than 700 stranded citizens registered with the Nigerian missions in the US for evacuation, according to Okoyen.

The Consul General said the next flight which has been fully booked is slated to depart US on July 17.

Okoyen told NAN that the nine persons that missed Friday’s flight would be placed on the waiting list for subsequent ones.

He appealed to intending evacuees to abide by the rules to avoid a repeat of Friday’s incident.

“We had to turn them back because this is a regulation, and I am using this opportunity to advise those in subsequent flights to obey the rules,” he said.

The consul general commended the evacuees for their orderly conduct, while also thanking President Muhammadu Buhari for the opportunity.

Some of the evacuees, who were visibly excited to return home, also thanked the Federal Government for arranging the flight.