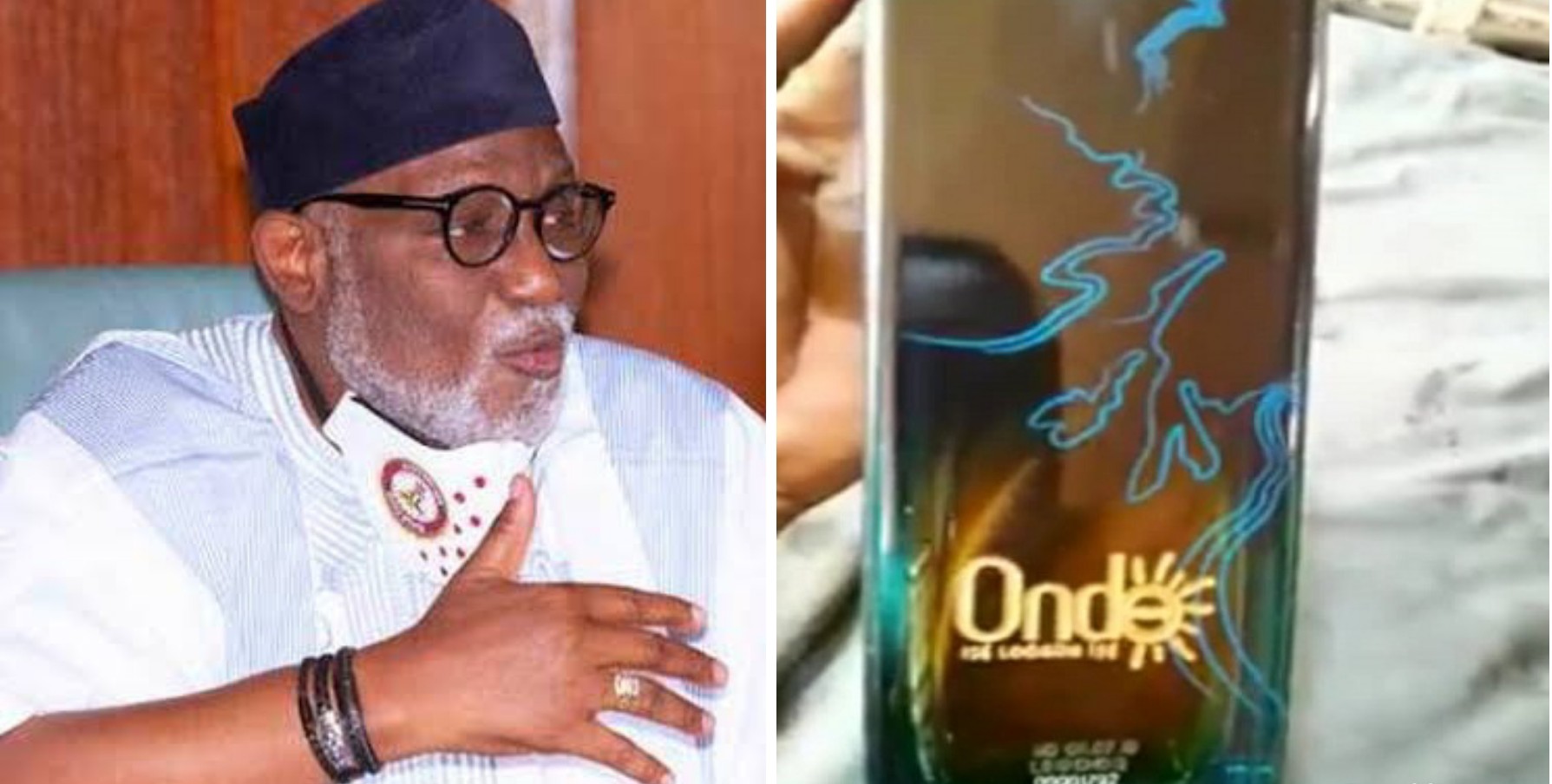 Ahead of the forthcoming governorship election in Ondo State, the state government, on Saturday said detractors have concluded a grand plan to carry out a smear campaign against Governor Akeredolu and blackmail him before the people of the state.

The governor, who disclosed this in a statement issued and signed by his Senior Special Assistant on Media and Publicity, Mr Ojo Oyewamide, said the fulcrum of this plot is to deceive the unsuspecting public of the production of customised brand of whiskey meant for Akeredolu’s reelection.

Oyewamide disclosed that Akeredolu would not embark on such wasteful venture and would not commission any of his friends or political associates to involve such, urging members of the public to disregard and ignore such information.

He linked those behind the plot to desperate megalomaniacs who will stop at nothing to create despicable and imaginary scenarios to play their game by creating an impression that the state money has been spent to produce the Whisky.

He, however, distanced the governor and state government from having knowledge of the production of the whiskey, while the governor has taken steps to unravel those behind the cheap blackmail through lawful means.

The statement read: “It is with a great concern that yet another plot hatched to blackmail Governor Oluwarotimi Odunayo Akeredolu, SAN, has been uncovered.

“The carefully packaged plot involves the production of an imaginary Blue Label(Johnny Walker) brand of whiskey, with the inscription of the Ondo State official logo on it. Also carefully imprinted is Aketi, with the ‘t’ appearing as Mr Governor’s signature.

“For the avoidance of doubt, Mr Governor does not require to produce customised drinks of that nature for his re-election. Neither has he commissioned any associate, friend or even aides to embark on such wasteful venture.

“This is more so, that Governor Akeredolu’s modest and non-ostentatious lifestyle has never been in doubt.”

Oyewamide explained further that “the supposedly customised Aketi whiskey which is now trending on a platform known as the IDANRE HILLS REPORTERS should, therefore, be ignored.

“It appears inconceivable to pre-empt the outcome of any investigation in respect of this distasteful act.

“All the same, it is pertinent to let the general public know that those behind this grand plot are desperate power-mongers who will stop at nothing to create despicable and imaginary scenarios to play their game.

“Clearly, the motive is to create the impression that so much of state money has been spent to produce the whiskey. Aside this already deflated plot, many more are expected from these political scavengers on an impossible mission.

“Mr Governor, having been briefed of this devious act, has taken steps to unravel those behind it through lawful means.”