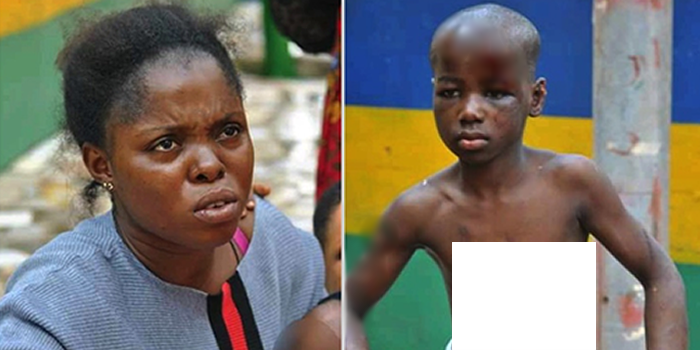 A Magistrates’ Court in Enugu, on Monday, ordered that a couple Mr Jude and Ifeoma Ozougwu, who caused grievous harm on a 10-year-old maid, be remanded in a correctional facility.

They will be in Nsukka prison custody pending legal advice.

The police charged the Ozougwus with unlawful attempt to kill, unlawful intent to harm and engaging a little girl in hazardous, injurious and exploitative work against her physical and socio-psychological development.

The crime was committed between January and July 2020 at 3 Akonameze Street, Thinkers Corner, Enugu.

The Chief Magistrate, Joseph Agu, who presided over the matter, refused to admit the defedant to bail.

“In exercise of my discretion, the offence is grievous going by the count one and count three of the charges; even as the girl is still hospitalised as well as the overwhelming public outcry; I reject the application for bail.

“I hereby remand the couple in Nsukka correctional facility pending further advice by the state’s Directorate of Public Prosecution (DPP).

“The matter is adjourned until Aug. 13 after hearing from the DPP,’’Agu said.

CSP Paschal Nwachukwu, prosecuting, said that the court had no jurisdiction on the matter going with the gravity of the offences especially count one and count three of the offence.

Nwachukwu said that going by the lack of jurisdiction of the magistrate court to entertain the matter, the issue of bail remained premature, uncalled for and against the dictates of the law.

“The evidence of this matter is grievous and weighty.

“How can one explain nailing a child as was done to Jesus Christ, using hot pressing iron, sharp and dangerous objects on her even to her private part,’’ Nwachukwu, who is the officer-in-charge legal services of Enugu State Police Command, said.

The defence counsel of the Ozougwus, Mr Emeka Orji, however, prayed the court to discountenance the various public sentiments on the matter and grant bail to his clients.

Orji noted that the offence was bailable and the court should use it discretion to grant the Ozougwus bail.

“This couple run a responsible family and I believe if they are granted bail; they will attend to the court processes religiously,’’ he said.