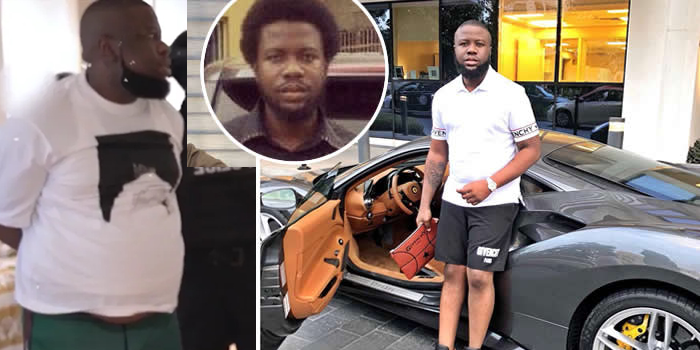 Suspected internet fraudster, Ramon Abbas, popularly known as Hushpuppi, says his story should inspire and give hope to Nigerians who are facing hunger and poverty.

Hushpuppi made the comments in a video which surfaced on social media after he was arrested in Dubai and extradited to the United States.

“Una suppose use my story do documentary to give people hope,” the 37-year-old said in Pidgin English in the five-minute video.

“But una feel say people no deserve hope, na suffer they must dey use to. Una believe say na wetin I deserve na to suffer.”

The social media celebrity said bad government had deprived many, including his mother in the Niger Delta region, of a good life.

“What about people in Badagry, people in Agege, enjoyment reach their side? he asked.

“What about people wey dey Ebonyi state? Not for once I don watch news, I don hear say one development don reach Ebonyi. All those places dem no be Nigerians, dem no deserve enjoyment?”

Hushpuppi is believed to have recorded the video following questions about his source of money.

Before his arrest, he flaunted his wealth on social media, posing in private jets, luxury cars and houses.

“Una come look say meat wey I dey chop for abroad na him dey affect Nigeria, na him make Nigeria no good, I no deserve to chop meat, I no deserve to wear better clothes, I no even deserve to look like human being,” he said.

The Nigerian is facing criminal charges in the US for defrauding and conspiring to steal millions of dollars from victims around the world.