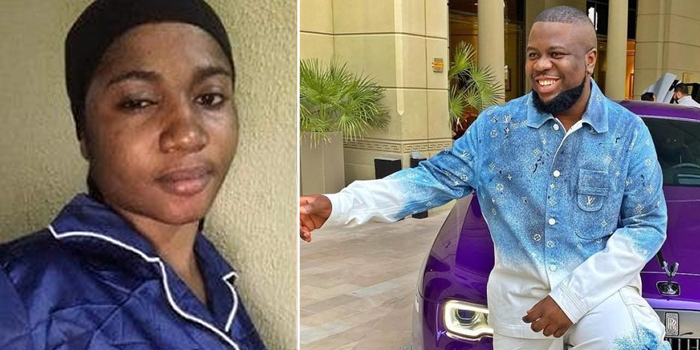 “I pray to have a son like you”, Influencer Ada Jesus praises Hushpuppi

The Popular instagram sensation, Hushpuppi, whose real name is Ramon Igbalode, is alleged to have been involved in business email compromise (BEC) frauds and other scams that laundered hundreds of millions of dollars .

In her post which she posted on Facebook, she expressed her believe that nobody is holy and it’s her desire to have a son like Hushpuppi . She went further to reveal that she hopes to end up with a husband like him in her next life.

In other news, WithinNigeria reported that The Federal Bureau of Investigations (FBI) has said that $15.3million, which is part of the money Olalekan Jacob Ponle aka Woodberry stole, may not be recovered because it is stashed away in a Bitcoin (BTC) wallet.

Woodberry was arrested alongside Ramon Olorunwa Abbas aka Hushpuppi and 10 others in Dubai, UAE over cyber-fraud involving 1.9 million victims to the tune of N168 billion.