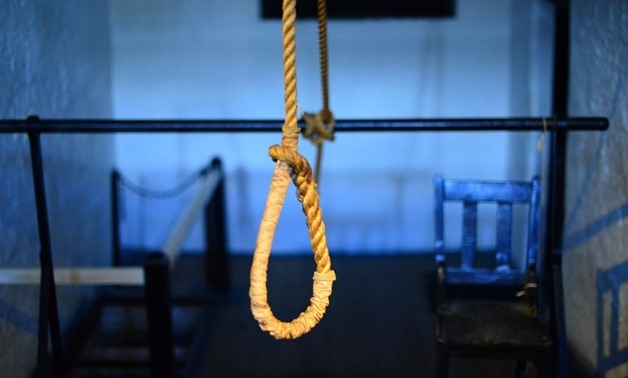 A State High Court sitting in Ile-Ife, in Osun State, on Tuesday sentenced Oluleke Ogunyemi, 37, to death by hanging over murder.

Oluleke was arraigned on March 6, 2013, on two counts charge murder and conspiracy to murder contrary to section 319 and 324 criminal Code Laws cap 34, Laws of Osun State.

The offences were allegedly committed at Iredunmi area and Oketase area, Ile-ife at about 10:00am on February 17, 2010.

At about 10:00am on 17th February, 2010 one Moshood Babalola was killed by cutting off his head with knife at Iredunmi area, Ile-Ife.

Prosecution counsel from the Ministry of Justice, Mr Tijani Adekilekun had earlier called withness and rendered several exhibit in support of the case.

Adekilekun also informed the Court through one of his witnesses, Inspector Rasheedat Olanrewaju that while she and her colleagues went to the convict’s house at a village in Agbedegbede area, they found a decomposing lifeless body therein.

Unical graduate facilitates his boss’ kidnap, murder in Edo after…

In his confessional statement after discovering the body on February 25, 2010, Ogunyemi admitted killing the victim for ritual.

Having studied the details of the case before him, Justice Adedotun Onibokun found the accused guilty of the charges preferred against him.

Counsel to the accused pleaded with the court to tamper justice with mercy claiming that his client is a first offender.

In his judgement Justice Onibokun sentenced him to death by hanging.