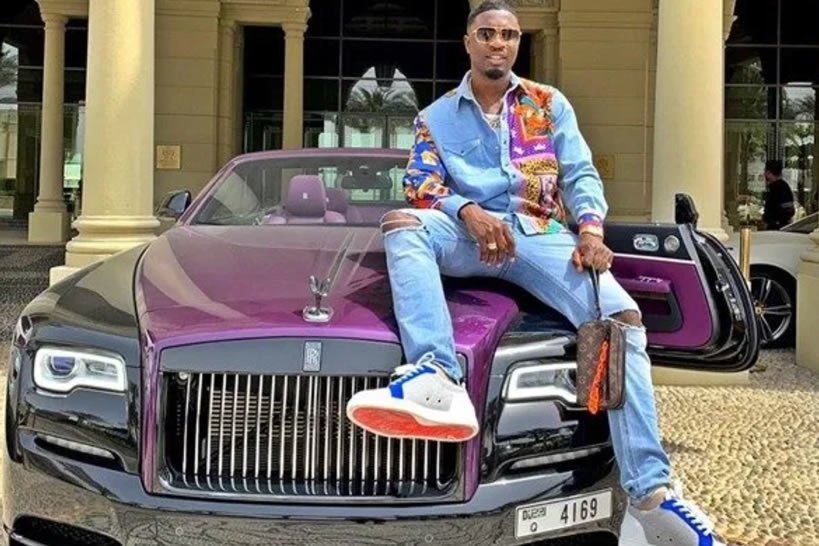 Court documents obtained by newsmen reveal that Olalekan Jacob Ponle, popularly known as Woodberry, was caught through details accessed from his WhatsApp, iPhone and Bitcoin transactions.

Recall that Woodberry, alongside Ramoni Igbalode, also known as Hushpuppi, was arrested in the United Arab Emirate on June 10 for multiple fraud charges after a raid by operatives of the Dubai crime unit.

The duo were then extradited to the United States on July 2.

The court had since June 25 issued an arrest warrant to the Federal Bureau of Investigation (FBI) regarding Mr Ponle’s case after a criminal complaint was filed.

His first appearance in court was on July 3, after which the preliminary hearing was set for July 16 before Judge Jeffrey T Gilbert.

However, as provided by a section of the U.S. laws on the release or detention of a defendant pending trial, Mr Ponle will be remanded in custody until further order of the court.

If found guilty, he is liable to a jail term ranging from 20 to 30 years.

Page Pate, a U.S. law firm, stated on its website that penalties for wire fraud include a prison sentence of up to 20 years (30 years if the case involves federal disaster relief funds or a financial institution), restitution to any victims and a fine set by the judge.

How he was tracked

Ali Sadiq, a Special Agent with the Federal Bureau of Investigation (FBI), chronicled how the bureau tracked down through his online activities.

He said this in a criminal complaint document filed at the court and obtained by PREMIUM TIMES.

This scheme compromises legitimate business email accounts through computer intrusion techniques or social engineering and uses those accounts to cause the unauthorized transfer of funds.