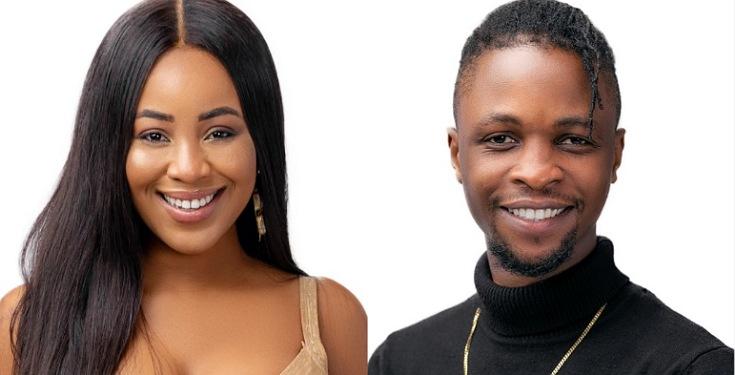 She noted that she really likes Laycon because he is smart, calm, cool and calculated. She also said he thinks very deep and acts very matured unlike some other people.

Speaking further, Erica said Laycon’s appearance doesn’t really portray him as a person who is smart, but if you go closer to him, you’d know he really is.

She tagged Laycon the ‘aristotle’ and ‘philosopher’ in the house, adding that Laycon does not get angry easily despite the kind of stuffs that has been said about him.

Ngozi Erica Nlewedim, who prefers to be called Erica, is a 26-year-old actress and commercial model who resides in London, England.

She returned to Lagos after studying screen acting at the Met Film School in London.

Olamilekan AgbelesheLaycon, best known as Laycon, is the 19th person to be unveiled as a housemate in the BBNaija 2020 season.

He is a 26-year-old singer and rapper from Lagos who studied philosophy at the University of Lagos. He describes himself as being versatile and able to coin words together to soothe scenarios and moods.