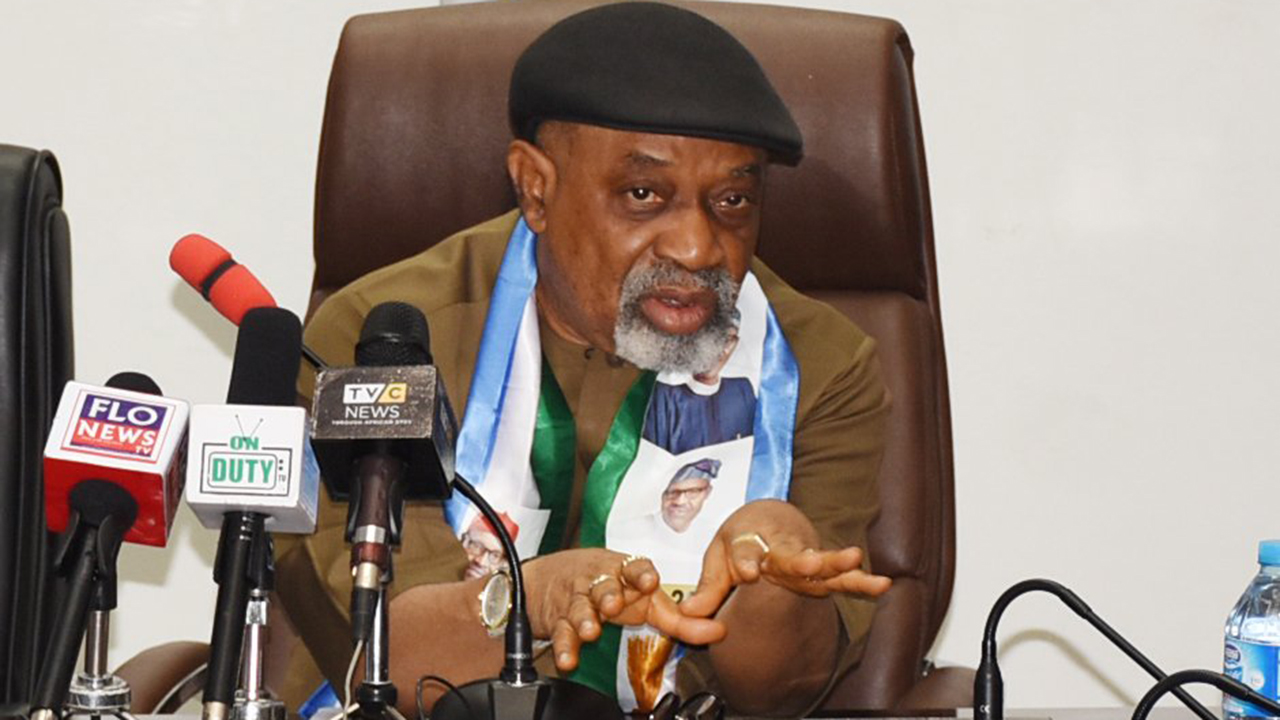 The Federal Government says it has so far spent N15.8 billion on hazard allowances in its teaching hospitals and medical centres across the country.

Sen. Chris Ngige, Minister of Labour and Employment, disclosed this while addressing newsmen at a meeting with the National Association of Resident Doctors (NARD) leadership on Monday in Abuja.

The meeting was held to assess the level of implementation of the Memorandum of Understanding (MoU) entered by both parties and to avert strike threat by health workers.

Ngige said a resolution has been reached and all disputes resolved, assuring that the federal government was committed to health workers’ safety and welfare.

“The federal government has so far spent N15.8 billion naira for hazard allowances in its teaching hospitals, medical centres and some other non- COVID-19 facilities where doctors have also been treating virus cases.

“The affected medical personnel will also draw their normal salaries and other allowances,” he said.

The minister further said that the June allowances were still outstanding because the budget has been affected by developments not originally captured, such as pay for house officers, interns, NYSC doctors and volunteers.

He, however, added that government was already liaising with the Presidential Taskforce to sort out especially for volunteers.

Ngige also said that the 20 per cent top-up for all health personnel inside the COVID-19 wards and isolation centres of the hospitals should be effected as quickly as possible.

He noted that hence, a directive was given to the Ministry of Health and the Office of the Accountant General of the Federation to reconcile all matters relating to the issue by August 4, to enable urgent payment.

He also said the issue of Residency Training Fund was captured in the 2020 budget.

“We noticed that the subhead captured in the service-wide vote will need some amendment by the Budget Office in liaison with the National Assembly to handle the problem, so that implementation can start as soon as possible,” Ngige said.

He also said the government has paid all the premium for Group Life Insurance spanning between April 17, 2020 and April 16, 2021 for all federal civil servants except those in the revenue generating agencies such as customs, FIRS and NNPC who could afford their own insurance.

The minister added that agreement has been reached to forward the nominal roll of the Health Ministry workers and its parastatals to the six handling insurance companies latest next week.

He added that problems arising from the consequential adjustment of the minimum wage in the Health Ministry, especially those on GIFMIS, non-regular staff such as interns and NYSC members, would be resolved as soon as NARD submitted the list of affected workers.

He further said that government would continue to appreciate the untiring efforts of all health workers.

“President Muhammadu Buhari at every time, remembers and thanks you for the immense sacrifice you make for the nation and firmly believes that nothing is too much to do for you to show appreciation.

“Government will do more to protect the health of our people,” Ngige said.

He advised trade unions to always follow due process in seeking redress for disputes, arguing that first in line was negotiation with the parent ministry who was their primary employer.

Dr Aliyu Sokomba, NARD President, commended the government for its commitment and expressed optimism that progress would be made by the time the meeting reconvenes.

The meeting will reconvene on Aug. 6, to take stock of the implementation of the agreement reached.

It also set up a committee to resolve the lingering problem between management of the University of Port Harcourt Teaching Hospital and NARD.