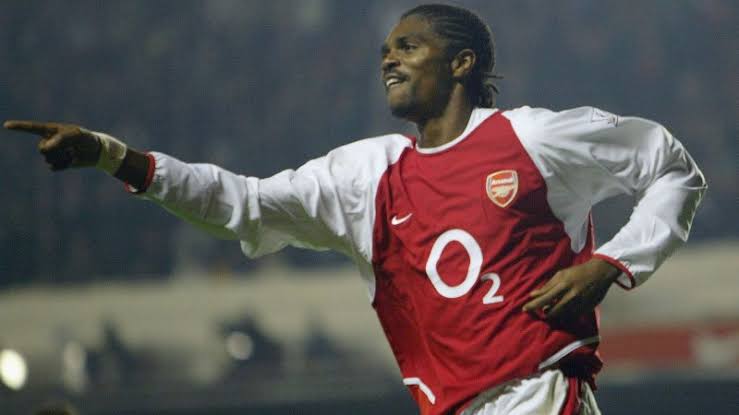 Today is the birthday of African football legend, Kanu Nwankwo.

And the football world has come out to celebrate as he turned 44 on Saturday, 1st of August, 2020.

World football governing body, FIFA, Confederation of African Football (CAF), the Nigeria Football Federarion and even his former club, Ajax took to social media to celebrate the one time African footballer of the year who retired from professional football over a decade ago. 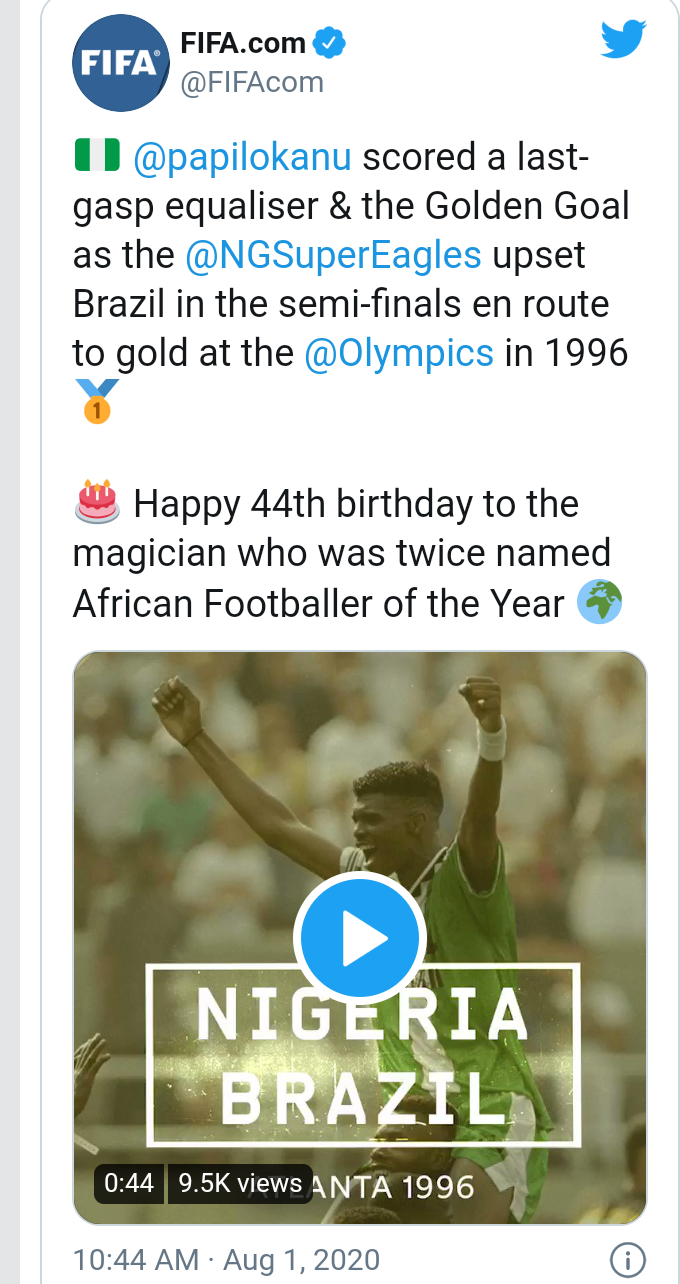 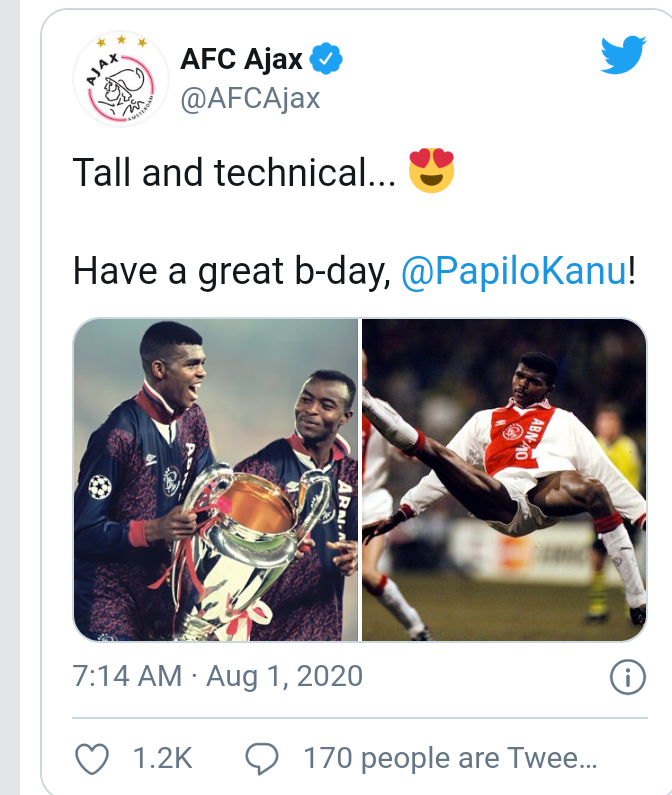 Kanu scored 12 goals in 87 appearances for Nigeria. He started his club career in Nigeria with Iwuanyanwu Nationale before moving to join Ajax in 1993, where he helped the Dutch club to win the Champions League, three Eredivisie titles, Uefa Super Cup and Intercontinental Cup trophies before departing the side in 1996 to join Inter Milan.

He then moved to Arsenal in 1999 and won two Premier League titles and the FA Cup. He later joined West Bromwich Albion in 2004 and played for Portsmouth for six years, winning the FA Cup title with the side before his retirement.