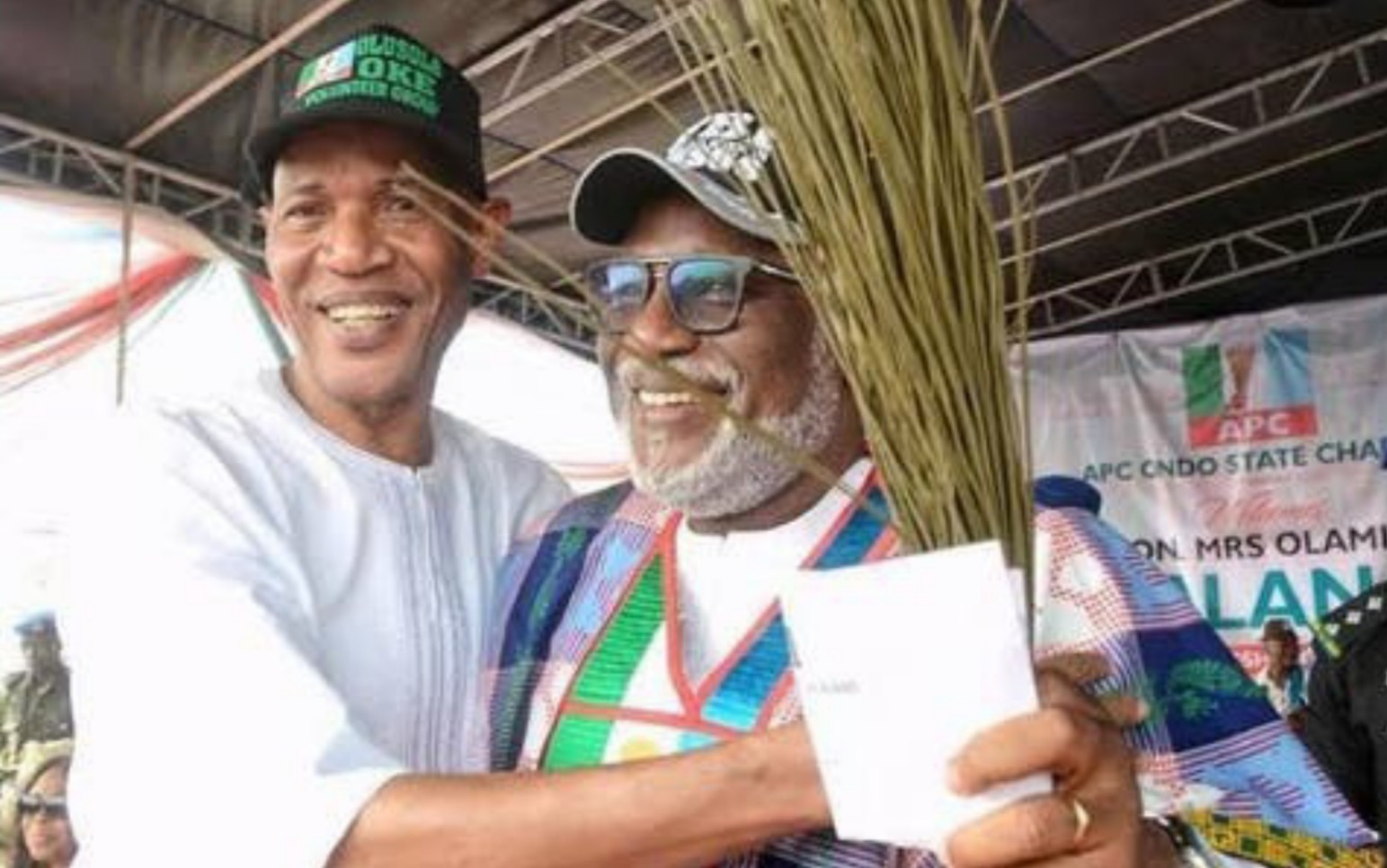 Ahead of the forthcoming governorship election in Ondo State, the state governor, Mr Rotimi Akeredolu, has continued to extend an olive branch to all aggrieved factions of the All Progressives Congress (APC) in the state.

Akeredolu on Tuesday met with one of the party’s aspirants who contested the ticket of the party in the just concluded gubernatorial primary of the party, Chief Olusola Oke, and the leadership of the Unity Forum of the APC in the state.

Recall that the group had consistently kicked against the second term bid of Akeredolu.

Oke and his campaign group and the leadership of the Unity forum were at the governor’s office in Alagbaka where they met with the governor for several hours.

Though the outcome of the meeting was not made known to the public, but the meeting, according to a chieftain of the party, from the Unity forum, was in line with the recommendation of the national leadership of the party to pacify the aggrieved members of the party.

It was learnt that the group insisted on a cohesive, united APC where there won’t be disconnection, where all members will be treated as equal, where government patronages will no longer be sectional and right and privileges of members will be respected without hindrance.

It was learnt that the meeting also discusses how to incorporate the Olusola Oke campaign group and the Unity forum into the scheme of things as regards the campaign team for the election.