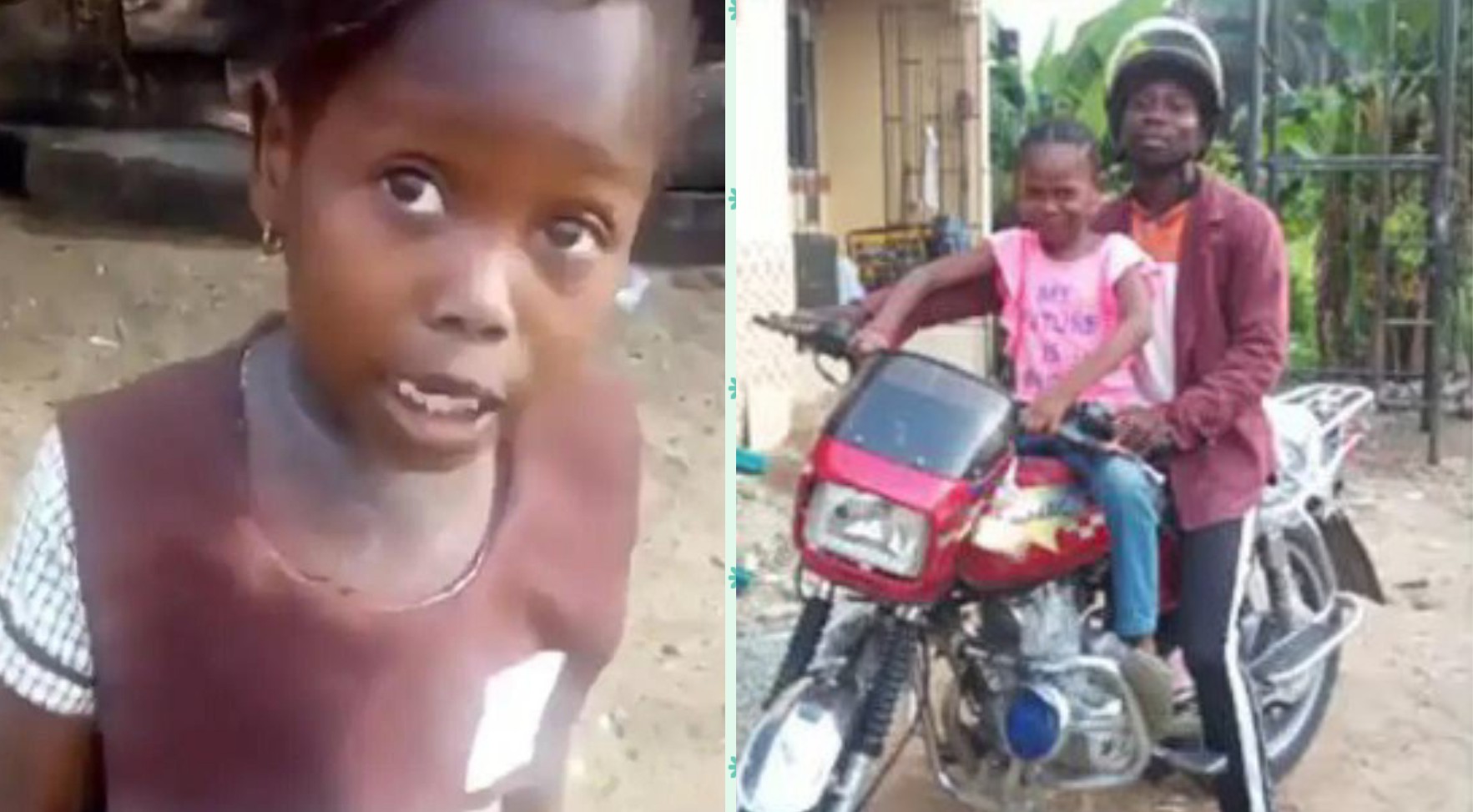 “My father is still Okada man, all the promises were fake”, Viral school girl Success says in new video

Internet sensation, Success Adegor has revealed that all the promises made to her after her video went viral, were not fulfilled.

Success Adegor became an internet sensation after she was sent home by her class teacher, and on her way home, she furiously said some words which were captured on camera.

Her video quickly went viral with several people, including public figures, coming out and promising to change her life for the better.

However, the little girl has in a new video, debunked reports that her family became rich after the incident.

In the video, the little girl was spotted with an unidentified lady who asked her if Nigerians made true their promises to change the lives of her family members after her story went viral in the online community.

According to success, all the promises were fake, audio promises as none was fulfilled.

Viral Video: The moment a suspected ritualist was forced to eat stolen…

The little girl also claimed that her mum who got a job does not get paid on a regular basis.

The young girl said the same individuals posted their promises on social media and gave the impression that her family has become rich from everything that was given to them.