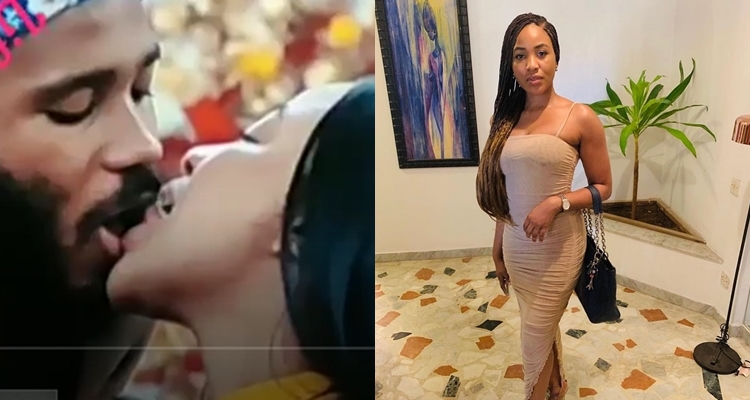 Video: Erica dragged for sticking her tongue into Kiddwaya’s mouth barely a day after breaking up with him

Barely 24 hours after breaking up with fellow housmate, Kiddwaya, Big Brother Naija housemate, Erica has been captured on camera sticking her tongue into Kiddwaya’s mouth.

Erica was dragged on social media after she stirred up reactions following a video footage in which she brought out her tongue into Kiddwaya’s mouth after verbally breaking up with him.

The housemates have been loving up in the house for some time now, and fans have been longing to see them take their relationship to greater heights.

However, on Wednesday night, Erica made a U-turn and told Kiddwaya that they should go back to being just friends.

According to her, “My brain cannot handle this relationship in this house. I don’t think I’m ready to handle a relationship here.

However, a new clip of the two housemates eating, with Erica sticking her tongue into Kidd’s mouth has caused mixed reactions.