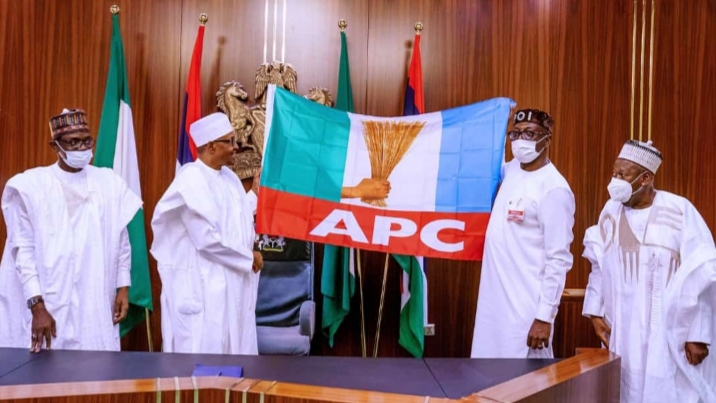 WITHIN NIGERIA learnt that the Chairman of APC Caretaker Committee, Governor Mai Mala Buni, led Ize-Iyamu to the meeting.

It was further learnt that chairman of the Progressive Governors’ Forum (PGF) and Governor of Kebbi State Atiku Bagudu and his Kano counterpart, Abdulahi Ganduje among others were part of the entourage.

In a related story, WITHIN NIGERIA reported that some members of the Obaseki family have endorsed and pledged their support for the candidate of the All Progressives Congress (APC), Pastor Osagie Ize-Iyamu, in the September 19 Edo Governorship election.

The endorsement of the APC candidate by the Governor’s family came on Saturday in a meeting at Ize-Iyamu’s private residence in Benin.

This is coming following gale of Defection and resignations by Obaseki’s Aides and commissioners last week.

Victor Obaseki, a cousin of Governor Godwin Obaseki, while speaking at the meeting, admitted that although Godwin Obaseki is a kin, he won’t be getting the support of the family.