Business mogul and celebrity stylist, Toyin Lawani has reacted to the dirty fight that took place in Big Brother’s house among the housemates, Lucy and Nengi. This was few hours after the housemates dragged and insulted each other after Nengi confronted Lucy over a statement she made about the Ozo triangle. The fight led to a heated argument about age, natural and unnatural bodies, intellectual prowess among other fine points. 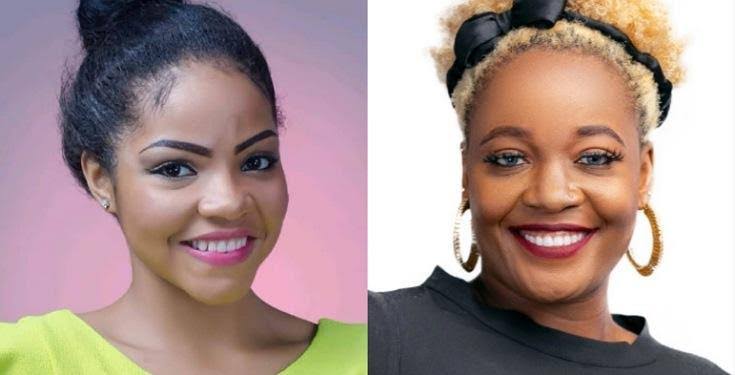 According to the mother of two, she has been body-shamed several times and she knows what it feels like. In the epistle she wrote on her Instagram page, the socialite mentioned that a BBNaija housemate, whose name she did not disclose, dated her baby daddy Lord Trigg and she intentionally threw a shade at her and also mocked her cosmetic surgery body. 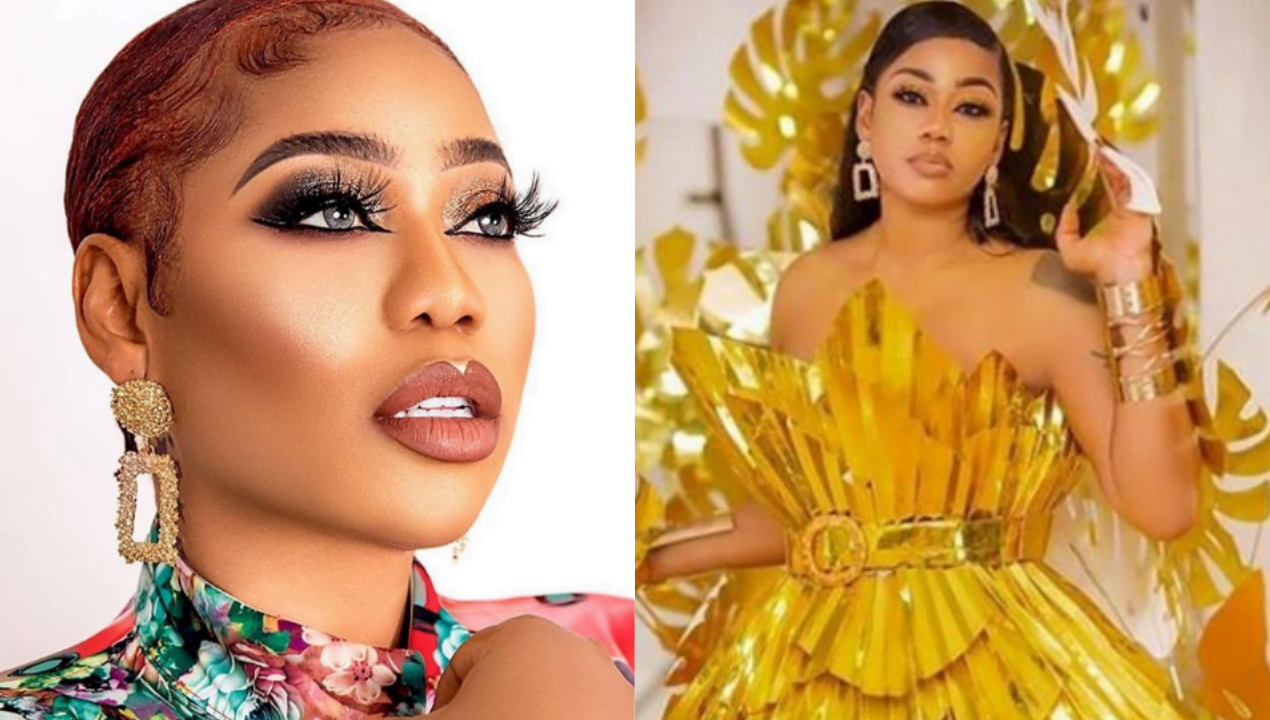 It was suspected that Toyin was referring to Nengi because she gave the opposing party,  Lucy her full support.

Recall that few weeks ago, Toyin Lawana popularly known as Tiannah mentioned that the real runs girl is in that house. With her summary, it was deduced that Nengi was having an affair with her baby daddy and she is the runs girl.

Nkechi Blessing threatens to beat up Nengi and her management team…

Read all she wrote below; 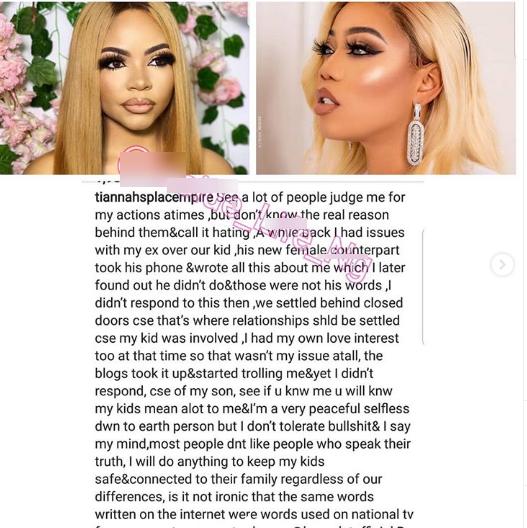 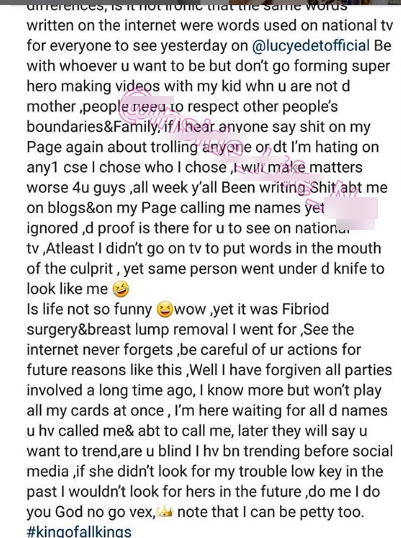