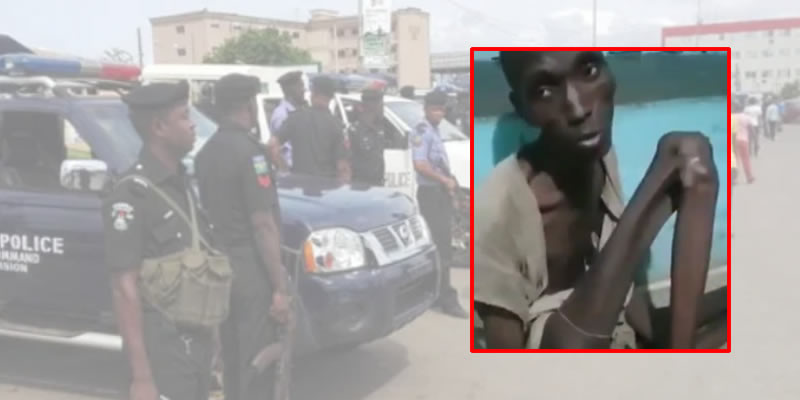 The Kano State police command has rescued a 32-year-old man, Ahmad Aliyu, who had been locked in a room by his father and stepmother for over seven years after accusing him of drug abuse, and allegedly left to spent days without food, water and had to eat his faeces and urine.

The victim was chained and caged after he was accused of drug abuse by his parents.

According to a police source, Mr Aliyu, who resides in Farawa Babban Layi, Mariri quarters in Kumbotso Local Government Area of Kano , the victim was rescued by police and human rights groups on Thursday afternoon.

It would be recalled that a resident in the area, Rahma Muhammad alerted the police and human rights activists about Mr Aliyu’s ordeal.

However, the state image-maker of Police DSP Abdullahi Haruna Kiyawa confirmed the incident but disclosed that they are still gathering information and will brief pressmen on the development.

The parents of the rescued man were said to have been invited by the police for questioning. Watch video below;