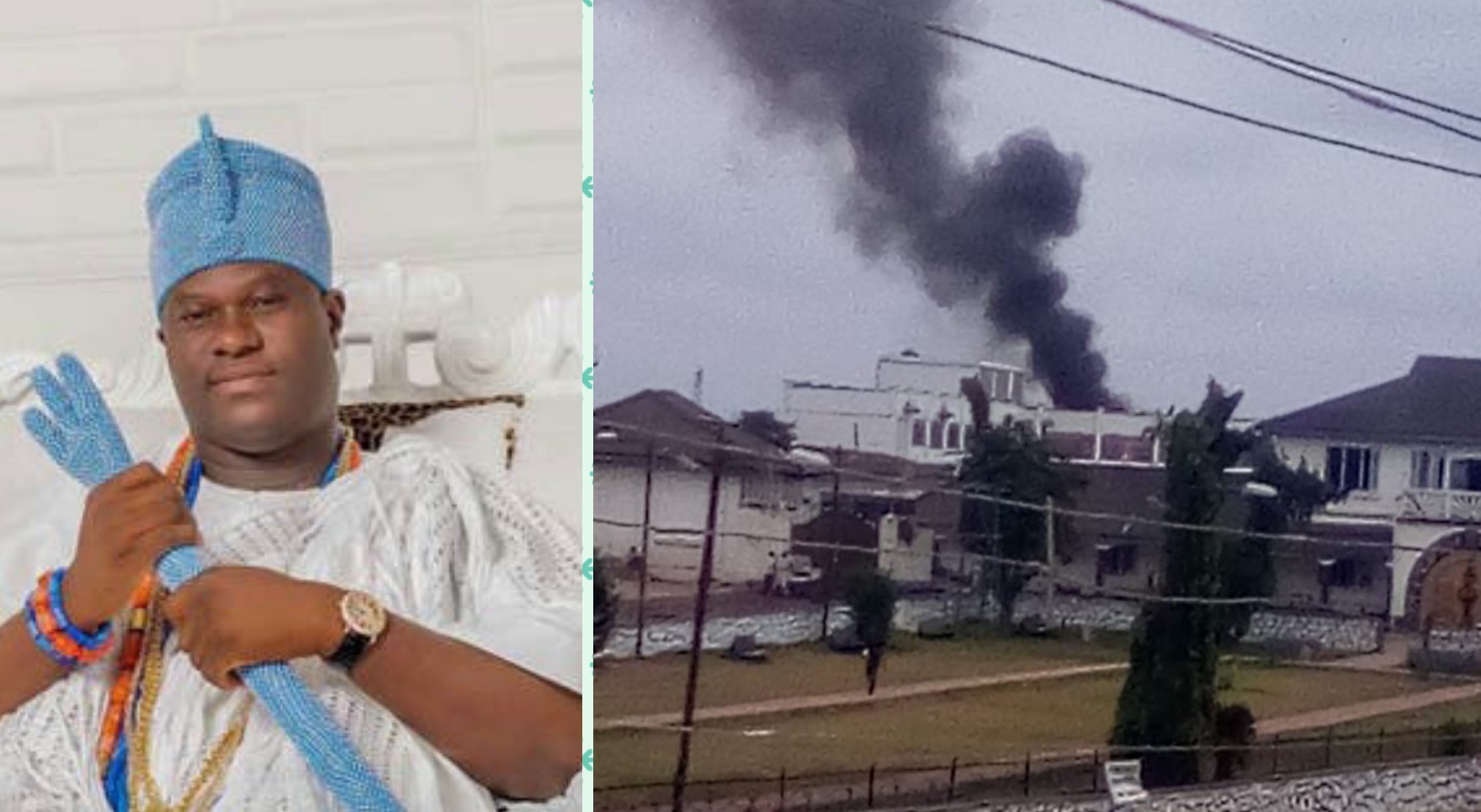 Ooni of Ife reacts after fire razed his palace building

Coming after the Ooni of Ife, Oba Enitan Adeyeye Ogunwusi’s building was razed down by fire, he has allayed public fear, saying his palace is intact.

According to him, there is no need for panic, assuring that the fire incident was a minor one, that slightly razed a tiny part of one of the administrative buildings within the palace compound.

This was contained in a press statement sent to newsmen by Ooni’s director of media and public affairs, Comrade Moses Olafare.

“the Palace of the Ooni of Ife, Ooni Adeyeye Enitan Ogunwusi Ojaja II, wishes to inform the entire public that a minor fire outbreak  involving a tiny part of one of the administrative buildings within the premises of the palace occurred at about 1:15 pm today, Wednesday 19th, August 2020, leaving no harm to the oldest palace in Yoruba land.”

“The minor inferno which lasted for about 20 minutes was immediately put out by collective efforts of people in the palace led by the Ooni’s Chief Security Officer, Mr Kolawole Emmanuel, later joined by men of the fire services from the state government, Obafemi Awolowo University, Ile-Ife and Obafemi Awolowo University Teaching Hospital, Ile-Ife.”

“Aside from the fact that there was no causality whatsoever, the fire was just a minor occurrence which was nothing to be compared to the misleading huge pictures being painted in the media, particularly the social media.”

“While it is suspected to have emanated from an electric spark, measures are currently in place to reveal the cause of the inferno.”

We wish to thank men of the Osun State Fire service, Obafemi Awolowo University Fire Service and OAUTH Fire Service for their swift response, while efforts of well-meaning Nigerians who reached out to the Palace for objective analysis are equally appreciated.”

“Once again, the ancient palace of Ife remains as rich as before in culture, traditions and tourism”, the statement concluded.