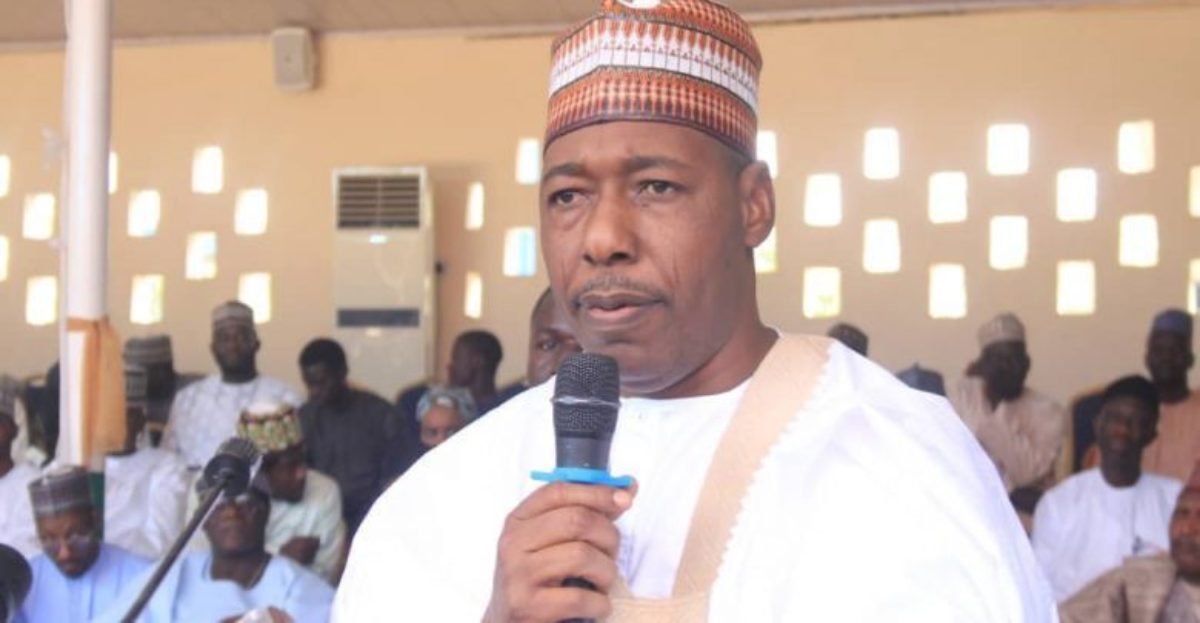 Zulum said: “truly, the Boko Haram sect is working on people to join them. This is frightening. If the IDPs living in camps could not get what they are looking for, especially the opportunity to go back to their various towns and return to farm, they may be forced to join the Boko Haram sect.”

This was disclosed by the Borno State Governor in an interview with the Hausa Service of the BBC.

Zulum said the IDPs are tired and bored of staying in the camps, because they were not getting what they really wanted.

“It is important that they go back to their various towns because no government can continue to be feeding them continuously,” he said.

The governor who also said so far, his government has been able to return hitherto displaced persons to Mafa and Kukawa, while plans were on to return people to Kawuri, expressed hope that the military will intensify efforts and make it possible for people to return to Baga, Marte, Malam Fatori and Guzamala.

According to Zulum, in the interview monitored by our Correspondent in Kaduna, the security situation was improving in Borno State, but there was still danger as the Boko Haram elements were still in their hiding places.

According to him, “The sect members are hiding at the Lake Chad area and the Sambisa forest. There will still be problems unless they are traced to their hiding places. Chasing them away from their headquarters is one of the solutions towards ending insurgency,” he said.

Zulum however observed that chasing the Boko Haram elements from Sambisa, needed support from Nigeria’s neighbours. However, the governor explained that to successfully go into the Lake Chad basin and Sambisa forest requires the cooperation of the countries that share a border with Nigeria in the area.

On whether the insurgents still occupy some places in Nigeria, he said, “truly, there is no place under the occupation of Boko Haram. But there are places with no people there. What I mean is that people are yet to return to their places of origin.”

“I swear by Allah, before the coming of Buhari, the security situation in Borno had deteriorated. At that time, 20 local government areas were under Boko Haram. Now, it’s not so.”

Asked when Boko Haram will end, he said there are thousands of people in different IDP camps in the state.

“One surest way to end Boko Haram is ensuring a good relationship between the military and civilians.”

“I keep on saying wherever you go; you will see the military and vigilante together. But what I am saying is that the military should provide protection to the civilians to enable them return home and go back to their farms.

He said surely, the military are doing their best. “But what is disturbing us is, when shall this war with Boko Haram come to an end?” Commenting on the Baga attack on his convoy, he reiterated that it was sabotage.

He said although he did not mention names, whatever is done to hinder the fight against Boko Haram is an act of sabotage, including failure to use money and buy arms. He added that the Baga attack was shameful.

“I was not afraid because I rely on Allah. Nothing will happen to a Muslim unless by the will of Almighty Allah.

“I was attacked with bombs but Almighty Allah protected me. We must be brave; if we continue to fear, the war will not end,” he said.