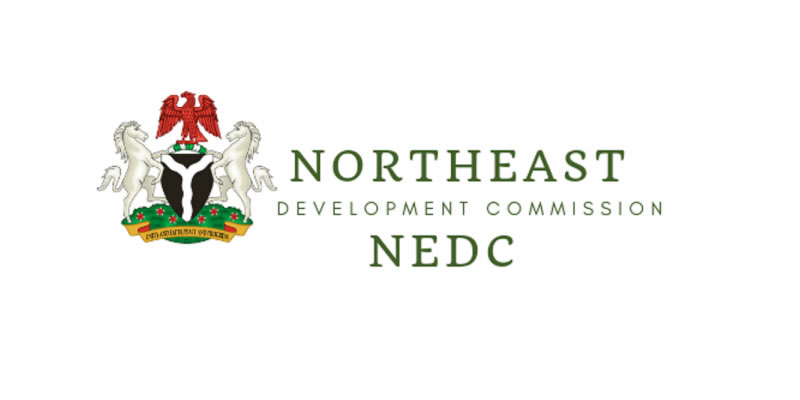 Alkali, NEDC and the footprints of a patriotic servant

The Boko Haram crisis in North-East Nigeria has indeed set the economy of the region several years back. The North East region of Nigeria, comprising of Borno, Adamawa, Yobe, Bauchi, Gombe and Taraba States, has been ravaged by the Boko Haram insurgency since 2009. Estimates of the negative impacts of the crisis include approximately 14.8 Million people adversely affected, about 2.3 Million Internally Displaced Persons (IDPs), including over 100,000 Nigerian Refugees in neighbouring countries, over 20,000 deaths and even more people severely injured or missing.
Many of the region’s residents now live in IDP camps, with host families away from their original homes and in host communities. Many host communities are severely stressed, having to cater for the massive influx of displaced people from places directly hit by Boko Haram.

The Boko Haram crisis has also resulted in extensive damage to social, economic, health and market infrastructure. Numerous homes have been destroyed. Many schools, hospitals, markets and places of worship have been destroyed or closed. Many communities have been completely abandoned, especially in Borno and Yobe. There are limited numbers of teachers, doctors and other health workers, with over 500 teachers killed and many fleeing the region. While there is still a semblance of economic activity in some parts of the region, the economy of the region has virtually collapsed, with many parts of Borno, Yobe and Adamawa, having lost key markets and other market-related infrastructure.

Returning the region to normalcy is one of the highest priorities of the Muhammadu Buhari led administration which has high on its priority list, bringing an end to the war, effectively handling the humanitarian crisis and implementation of an effective rehabilitation and resettlement programme, as well as the implementation of a solid peace-building, reconciliation and de-radicalization framework; as well as the effective reconstruction of social and physical infrastructure.

The above stated indeed necessitated the establishment of the North-East Development Commission (NEDC). The objective of the NEDC is to lead the reconstruction and development of the region by consolidating and replacing other initiatives such as the Victims Support Fund (VSF), Presidential Initiative on the North East (PINE), and Presidential Committee on the North-East Initiative (PCNI).
We must admit that the task before NEDC is indeed a gargantuan one owing to the undeniable fact that North-East Nigeria has been robbed of its glory and the need to begin the reconstruction of the region cannot be overemphasized. I recall when the establishment of the NEDC was given the all-clear to commence operations, there came the question of who would lead the organization to achieve its mandate to the people of the region most proactively and efficiently and within a time frame.

Consequently, Mohammed Alkali was nominated by President Muhammadu Buhari as the substantive managing director and his nomination was subsequently confirmed by the National Assembly and then came the burden of expectations. The name Mohammed Alkali didn’t particularly ring a bell, and in some quarters questions were raised on his capacity to deliver on the mandate of the NEDC.

Mohammed Alkali might not be the darling of the newspapers, and this is understandable because of the responsibilities on his shoulders and the expectations from the president and other critical stakeholders who are desirous of a return to normalcy in North-East Nigeria.

NEDC and transparency in governance

As a start, before his appointment, Mohammed Alkali was the Executive Director, operations of the Bank of Industry (BoI), he has a first-class honours degree in Accountancy from Bayero University, Kano. He also holds a Master of Science degree in Accounting and Finance from London School of Economics at the University of London, United Kingdom. He is also an alumnus of the prestigious Harvard Business School, Harvard University; the Booth School of Business at the University of Chicago; and the Columbia Business School at the Columbia University. These are indeed very intimidating credentials if we must admit. However, the interesting aspect of Mohammed Alkali is the fact that he has been a silent achiever all of his work life. It is no news that he has kept a low profile as the managing director of the NEDC.

This silent attribute of him would not have come to the fore but for the activities of some mischief makers that attempted to drag him to the murky water of politics by making some wild allegations with regards his stewardship at the NEDC.
This I must confess indeed motivated me to write about this unassuming individual that has hit the ground running since his appointment as the managing director of the NEDC. Please permit me to reel out some of the modest achievements of the NEDC under the leadership of Mohammed Alkali.

The NEDC had been implementing impactful and incremental interventions designed to address most of the immediate challenges bedevilling the North-east states. For instance, the NEDC established a six billion naira Education Endowment Fund to resuscitate the regions devastated education sector and rebuild the human capital to provide an avenue for the engagement of over 20,000 beneficiaries annually to enable them access to academic and professional capacity development opportunities in various fields.
The NEDC is also implementing the rehabilitation of drinking water and sanitation facilities in states in North-East Nigeria. This project is part of the Multisectoral Crisis Recovery Project (MCRP) with the support of the World Bank.

The NEDC is also implementing about 1, 310 Rapid Response Intervention in Projects in all the 112 local governments of the North East Region. This is in addition to the implementation of an Integrated Agriculture Programme involving the provision of agricultural machinery and equipment, seeds, fertilizers, agrochemicals and extension service logistics vehicles to enhance the production capacity of smallholder farmers in North East and enable them to regain their lost livelihoods.

The list is indeed endless, and for some of us from the North East, we are impressed with the level of interventions of the NEDC in rebuilding North-East Nigeria. It is indeed understandable if some individuals and groups attempt to rubbish the leadership strides of the managing director because their position is hinged on either mischief or ignorance. But whatever be the case it doesn’t change the fact that the NEDC under Mohammed Alkali has lived up to expectation in ways too numerous to mention.

I must state that the managing director of the NEDC is an exceptional breed and one that understands the need for the sincerity of heart and purpose in the administration of the affairs of the agency from the perspective that it is first an interventionist agency and secondly the fact that the people of North-East Nigeria have suffered indeed enough of the atrocities of the Boko Haram terrorist group.

I am not sure that those that made futile attempts at assassinating the character of the managing director were probably sad that for once that an individual heading such a sensitive interventionist agency would stand on the side of the people and not a select few. No doubt, the NEDC looks like a cash cow, but the man at the helm of affairs is not the everyday politician that would embark on grandstanding activities at the detriment of the core job for which he was so appointed.

I am glad that the mischief-makers who wanted to pull him down only succeeded in bringing his tangible achievements into the public space. This is indeed a blessing in disguise, and a reason why Mohammed Alkali must not lose focus because the hawks waiting to devour him are innumerable.
Mohammed Alkali must match his words with action in ensuring that the reconstruction of communities in North-East Nigeria receives the much-needed attention in fulfilment of the mandate of the NEDC. I am sure his consciousness must be awakened to the fact that all eyes are on him. There would be no hiding place for him in the event of a deviation from the full implementation of the mandate of the NEDC.

I am glad that so far, his stewardship in the NEDC is that of an unalloyed commitment to setting the foundation for the implementation of an effective rehabilitation and resettlement programme for the North East region in Nigeria. Credit must also be given to other members of the management of the NEDC for their commitment to teamwork towards the full implementation of the objectives of the NEDC.

Abubakar is a humanitarian coordinator and activist based in Abuja.