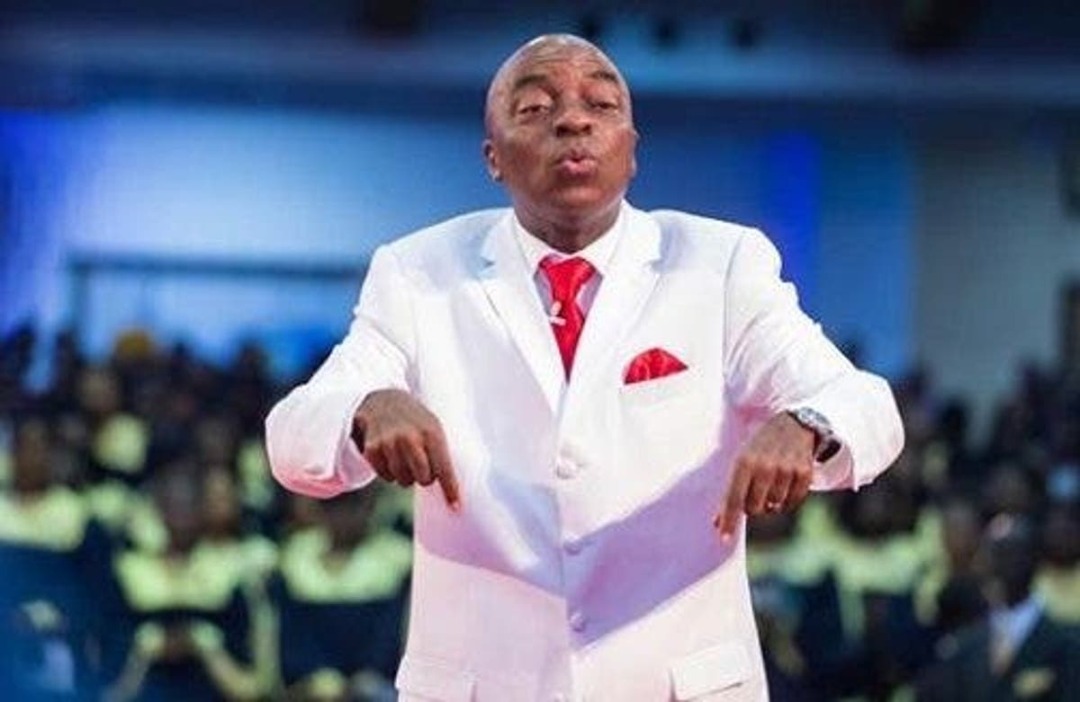 Is God of Bishop Oyedepo a ‘sleeping one’? those he prophesied against are still alive

I am a proud believer of one true God who controls the entire universe. He is big, mighty, merciful, compassionate and a great judge. He touched Balaam’s donkey and the donkey started speaking to Balaam that have I ever made you fall before?

According to the scriptures, God ordered prophet Moses (Musa) to strike the water with his staff (rod) and the water divided into two leaving a dry and passable land. This same God turned hungry lions to smiling cats in the eyes of Daniel. As old as Elizabeth; she gave birth and backed her baby before death. Sarah was 90years old; Isaac’s mum; she danced TALAZO when she gave birth to Isaac after receiving his grace. This same God disgraced prophets of Baal and willingly destroyed their temples. What a wonderful God he is.

I started this piece with a list of some wonders God had done in the past as an introduction into the main discuss because I simply want to establish one sacred fact that God is great, powerful and not a weak one that needs defence. Sometimes when I see religious leaders creating fears or trying to defend God, the same Supreme being who had done all these great wonders, I simply laugh and look away.

Nigeria is a typical example of nations where people freely use God’s name to lie, defraud, create fears and run private businesses through suffocation of the miserables and innocent ones. We have more than 40 millions unemployed graduates in Nigeria and these unemployed youths now find greener pastures in religious centers, turning these centres to private enterprises where they sometimes take the little people made from their efforts and hustles. It is now easier to find religious centers in localities than companies or small scale industries. As much as we blame the government for being careless and irresponsible, these businessmen who use religions to manipulate and decieve people must be placed on red alert.

Back to the main topic, Bishop Oyedepo has made a lot of controversial statements and issued a lot of threats to government and people. When sane Nigerians criticized the tuition of his school, he did not only curse critics but vowed to call on God’s plagues to visit them. Have you forgotten when he declared that all churches be opened at the first stage of COVID-19 in Nigeria because markets were allowed to operate? Bishop Oyedepo even threatened that people delaying the reopening of churches will die. Barely 24 hours after his vituperations, the Ogun State Police Command released a daring statement that it will take the issue of religious leaders opening churches with all seriousness. Months after, the Ogun State Commissioner of Police, his boys including state government officials those who ignored his rants are still living fine, hale and hearty.

During day 2 of the church’s Week of Spiritual Emphasis, Bishop Oyedepo said that except he is not sent, the end has come for this evil system saying: “I am speaking as a Prophet, not as a pastor, like somebody walking on the street. This evil system that has no value for life, this wicked system – Fulani demons, In the name of Jesus, their end has come”. Less than 48 hours after his prophetic decree, Boko Haram insurgents attacked Borno community, killed people and destroyed properties.

Till today, the people of Borno have suffered greatly in the hands of terrorists. I know that God is not weak but to use his powers to heal and restore, you must be genuinely captured by his spirit of deliverance and wonders. The aftermath of Bishop Oyedepo’s decree forced me to read the scriptures and I was guided by the book of Mark Chapter 16 verses 17 – 18 which says “and these signs will accompany those who believe: In my name they will drive out demons; they will speak in new tongues; they will pick up snakes with their hands; and when they drink deadly poison, it will not hurt them at all; they will place their hands on sick people, and they will get well.” Bishop Oyedepo has shown great deficiency in all and can I innocently conclude that Bishop Oyedepo does not believe in his lord, Jesus?

On March 23, 2020, Premium Times reported that a major Nigerian Pentecostal preacher, Bishop Oyedepo vowed to continue holding Sunday service for thousands of his followers, spurning worldwide medical advisory against physical contact at a time of blazing coronavirus. David Oyedepo brushed aside the potential hazards of his decision to defy government restrictions on social gatherings across Nigeria.

Some days ago, Guardian Newspaper reported that Bishop Oyedepo lambasted the government over CAMA act and again threatened God’s wrath on government officials. According to Bishop Oyedepo “The church works on the pattern delivered by God not the pattern of man. The government has no power to appoint people over churches. This is a secular nation. The church is the greatest asset of God in this country. Please be warned. Judgment is coming. The Lord says I have been still but now I will arise. Anybody that is in this deal is taking poison. This will never work. I am waiting for a day when anybody will appoint a trustee over this church… You can’t gag anybody. We own this country together”.

The bible is God’s constitution and I believe that it must be respected. It is not only sad but also unfortunate when people who have made millions under disguise of God’s work or those who claim to withhold and protect the holy book disrespect it. The book of Romans 13:1-2 says: “Obey the government, for God is the One who has put it there. There is no government anywhere that God has not placed in power. So those who refuse to obey the law of the land are refusing to obey God, and punishment will follow. I do not want to conclude that shaming.

Some months ago, Bishop Oyedepo declared that he is a prophet of the most High. Prophets are special breed of human race. They forsee, command and declare in God’s name and all what they say even wish for all come to pass even the early apostles enjoyed this uncommon grace. They issue commands, control spiritualities and does not speak without manifestation. Have you read the story of Bar-Jesus, the magician, Paul and Barnabas?

The name Bar-Jesus means “son of Joshua” or “son of the Savior.” In Acts 13:8, the magician is called Elymas, which, according to Luke, means “magician” or “sorcerer.” It was not uncommon for Jews to have more than one name, and Luke thought it was important to include both in the account.

While Barnabas and Paul were visiting with Sergius Paulus, they encountered Bar-Jesus. The sorcerer, who most likely feared losing his job with the proconsul, began to openly oppose the gospel message being shared by Barnabas and Paul. The Bible says Elymas tried to turn the governor from the faith (Acts 13:8).

Filled with the Holy Spirit’s power, Paul looked intently at Bar-Jesus and said, “You are a child of the devil and an enemy of everything that is right! You are full of all kinds of deceit and trickery. Will you never stop perverting the right ways of the Lord? Now the hand of the Lord is against you. You are going to be blind for a time, not even able to see the light of the sun” (Acts 13:10–11).

Immediately, the magician was afflicted with temporary blindness and began groping around for someone to guide him by the hand. The magician’s name Bar-Jesus meant “son of the Savior,” but Paul called him “child of the devil,” a wordplay that would not have been lost on Sergius Paulus.

But Oyedepo’s case seems to be different because he has said many things that did not come to pass. He has threatened fire and brimstones even cursed people yet they were all exercise in futility. This propelled me to read the scriptures to know if early apostles also shared same spiritual troubles and traumas he battles with everyday. Considering the size of his church, it is easier to conclude by numbers that he is a prophet of God but looking at threats issued, curses and statements made without manifestations, Is the God of Bishop Oyedepo a ‘sleeping one’?