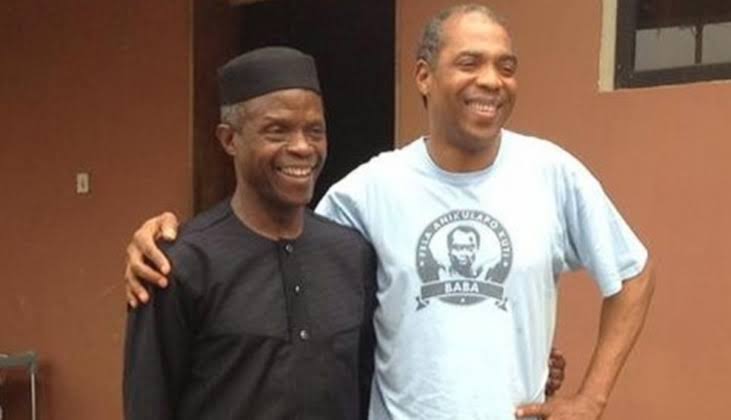 Why I rejected Osinbajo’s request to join APC, Femi Kuti opens up

Nigerian Afrobeat legend, Femi Kuti, has revealed why he declined an invitation by Vice President Yemi Osinbajo to join the All Progressives Congress (APC).

The 58-year-old musician stated this in a series of tweets on Friday.

When a follower asked why he refused Mr Osinbajo’s invitation to join APC, he said, “First, my main reason was President Buhari jailing my father in the 80s.

“Second, I didn’t believe any of the two major political parties had/have the genuine interest of the Nigerian people at heart.”

While explaining his role in the Occupy Nigeria protest January 2012 fuel price hike protest which was held in Ojota, Lagos, he said he pulled out immediately when he realised it was politically motivated.

He said he joined the protest, which he thought was a genuine movement against an unpopular policy by the then President Goodluck Jonathan.

The singer who protested the fuel hike then has been called out for not protesting publicly against the recent increase in fuel price by the incumbent Buhari administration.

“I want to state for clarity and posterity my role in the Ojota protest,” he stated.

“I was invited for what I and many believed was a genuine cause regarding the cost of fuel. As soon as I found out it was politically motivated I pulled out.

‘‘I got a lot of backlash at the time but stood my ground. For the record, I have never and will never affiliate with any political party that I don’t feel has the genuine interest of the people of Nigeria at heart.”

Femi made a similar statement in October 2018 when Mr Osinbajo visited the Afrika Shrine for ‘Felabration’.

This is not the first time the respected singer would be saying this.

In 2018, he stated that he would not support Messrs Buhari and Osinbajo in the 2019 presidential election because of his late father’s beliefs.

The singer said this at Felabration, an annual musical event to celebrate the memory of his late father, Fela Anikulapo-Kuti.

Mr Osinbajo was one of the dignitaries present at the gathering when Femi made the announcement.