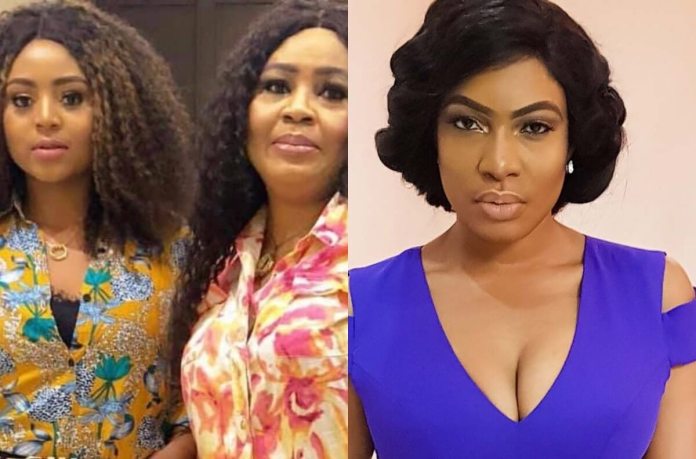 A Nigerian lady identified as Esther Sky has taken to the web to drag Nollywood actress, Rita Daniels, who is the mother of the popular actress, Regina Daniels, over recent outburst that fellow actress, Chika Ike is trying to snatch billionaire business man and politician, Ned Nwoko; her daughter, Regina’s husband.

According to the video that is now making rounds online, Esther, claims that Chika Ike has been with Ned even before his marriage to teen actress, Regina Daniels. She also said Ned was free to go for any woman of his choice because he is capable and ‘hand-some’ (wealthy).

Reports has it that Chika Ike once dated the billionaire but they called it quits after some years together.

However, the actress is now being called out over attempts to get back to Ned Nwoko.

This Regina Daniels mum crying and calking our Chika Ike out to leave Ned Iwoko alone and another lady calling them out to allow Ned psyche other young girls is funny asf….WORO SI WORO pic.twitter.com/BqCSb2wrKr

In a related development,  Rita Daniels, said she is ready to seek spiritual help to fight Chika Ike and stop her from snatching her daughter’s husband.

She sternly warned Chika Ike to stay away from Ned Nwoko and stop her plans of getting back with him because he is married to her daughter already.