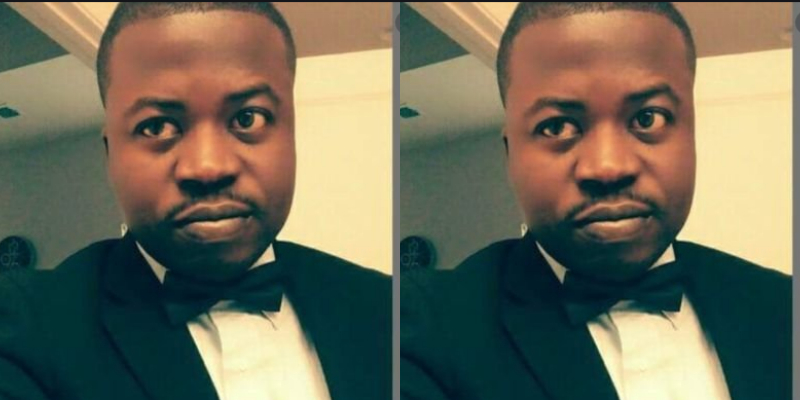 KBK foundation owner, Kor Bara Kor has been called out by one, David Ikponmwosa Edokpolo for allegedly being a scammer.

Kor is known for soliciting for funds on behalf of sick people and doing other philanthropist work.

Instagram user, David Ikponmwosa Edokpolo, took to social media to alleged that Kor uses the foundation to enrich himself by giving the persons who need the funds some percentage of money generated.

In series of posts, he wrote:

”
I don’t even know where to start from!!!! @kbkonline I have received tons of complaints about you, discussed few with you privately and you vigorously tried to defend yourself on my dm! I gave the benefits of doubt but it is so clear now, clearer than a crystal ball that you are nothing but EVIL! This time, we are not going to talk on dm, we are going to discuss openly with everyone! It is crystal clear that you opened a foundation to enrich your pocket and not to help anybody! Notably amongst the complaints are: The case of the lady with HIV. You collected a lot in her name but gave her less than 10% of what you collected and your defense was, you are trying to spread the money out to help others😡😡😡. The case of the twins that needed urgent medical care, the lady that originally raised awareness @ajolujeetiennette fought tooth and nail to get the funds raised from you but all you gave was 5k naira and one of the twin eventually died because of your greed!😡😡😡😡. Most recently, yesterday, I saw the lady in serious pain because of cancer and I immediately sent you 200k and asked my followers to chip in whatever they could, they did exactly that! Surgery is tomorrow, you were informed but you are now trying to negotiate with @ajolujeetiennette to accept just 150k!!! @kbkonline HELL IS REAL!!!!!😡😡😡😡. HELL IS REAL!!!!!😡😡😡😡😡😡😡😡. You have blood in your hands and you will never go free!!!!! Nigeria will prosecute you, US will prosecute you!!!!! That I guarantee you!!!!!! You opened a foundation to scam people for your pocket and ALMIGHTY GOD WILLL DELIVER JUSTICE HIMSELF!!!!!! Every follower that chipped in something yesterday, please send a screenshot of what you sent, the law is involved now and PLEASE POST ON YOUR PAGES TO WARN THE WORLD THAT @kbkonline foundation is nothing but a scam!!!!!!!😡😡😡😡😡😡”

“Sorry for the break in communication, just returned from COVID 19 testing center….I periodically schedule a test. I am not on the gram to ridicule anybody, I take my time to investigate, gather FACTS before coming to any conclusions! @kbkonline has been reported over 50 times to me the last one year, I communicated with him because I don’t like jumping to conclusions! His excuses were never acceptable to be on a fair side but I still gave the benefit of doubt! His pattern is the same! He post people in dire needs, solicits help from people online BUT gives at best 10 percent of what good hearted people contributes to the course of that victim! I have confronted him before with such allegations and he tries desperately to deny them! It’s easy for people to come out and try to defend him because they think he helped them when they were in need but the TRUTH is, if @kbkonline gives you 20k for help, he gat minimum 200k because of what he posted about you! I preach it day in day out, you don’t have to be a giver! It’s either embedded in you or it’s not! I will NEVER come out to call him out if I’ve not seen 500% proof that he is a SCAM! When you solicit money from people and start trying to negotiate a fraction of the money to be delivered to the victim with the vague excuse that you are trying to distribute the rest to help others, you are not a foundation, you are a SCAM! @ajolujeetiennette will tell you more, she’s just an ordinary citizen like me and you going out to places where people are completely hopeless, trying to raise awareness about them and that’s how she fell into the hands of @kbkonline One of the twins died because of the greed of @kbkonline and we have involved law enforcement so I cannot really show you chats and evidence against @kbkonline I’m not the law, just someone that cares about humanity! You can defend him all you want because he gave you 50k when you had problems that he posted but in actuality, he raised 500k in ya name! I hear someone say I’m jealous of him, I smiled because that person does not know who Rockypain is! Everything @kbkonline has given from his pocket all his life, I have given in one single post!”

520 suspects arrested for arson, vandalism, others in Lagos