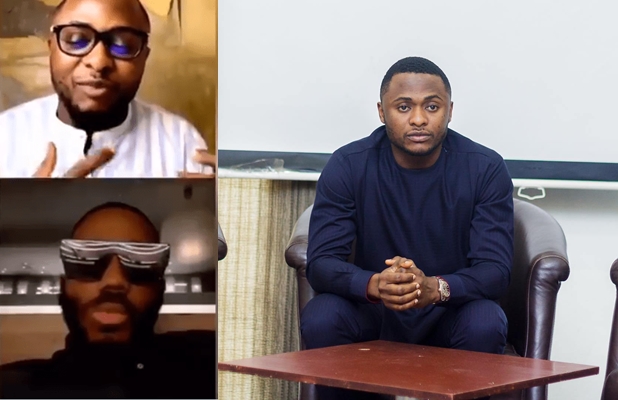 During an Instagram live session last night, with music executive, Ubi Franklin, newly evicted big brother Naija housemate, Kiddwaya was reported to have embarrassed the former after he ended the video without his notice.

Recall that Kiddwaya had said in an interview that he didn’t want to talk about Erica or any other housemate. During an IG live interview, Ubi kept asking him and Kiddwaya stylishly ended the live.
The billionaire son told Ubi he couldn’t hear what he was saying and that the network was messing up which apparently was a lie because everything was fine and people could hear.

He ended the live and never came back.

The moment kiddwaya ran ubi street.
Obviously there was nothing wrong with the network, I guess Kidd just wasn't comfortable with the questions, so he improvised the solution🤔🤔#BBNaijaLockdown #BBNaija pic.twitter.com/sr3rQLelRL