Following the demolition of a popular brother, Chris Garden and Guest Inn at Dakibiu, Jabu, a suburb of Abuja, a lot of sex workers have been reportedly stranded on Wednesday, September 16.

According to report, owners and occupants of structures in the community had been given demolition notices requesting them to leave.

Owners including residents living in the community, Dakibiu flooded the streets and were seen trying to cart away their properties before officials arrived with bulldozers as early as 9 a.m yesterday.

It was learnt the bulldozers finally arrived before noon accompanied by FCDA officials, armed policemen and journalists and the first building they branched was the popular brothel situated at the north end of Dakibiu.

The entire structure holding about 36 rooms were demolished within 15 minutes as the sex workers and other occupants watched in agony.

Premium Times reported that some commercial sex workers were still packing their belongings when the exercise started.

One of the sex workers, Kate claimed they were not given adequate notice before the demolision exercise.

“This is unfair, at least they should have given as at least two weeks to pack out and find another place to stay,” she said.

After the exercise, scavengers started prowling the debris for valuables, picking rods and some other building materials. 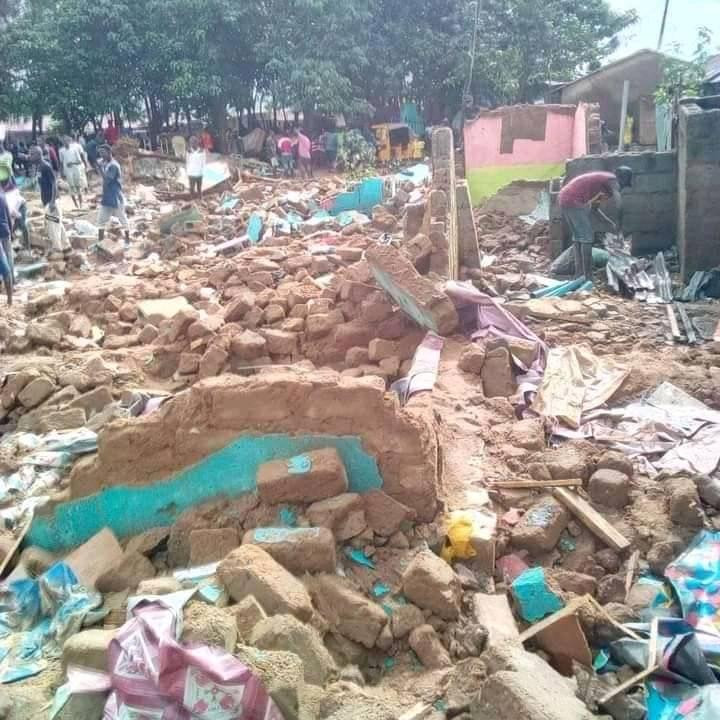 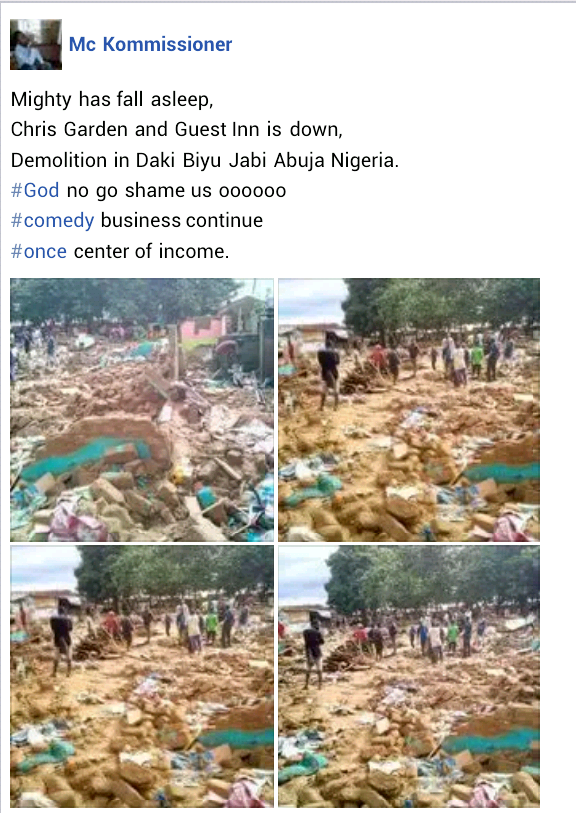 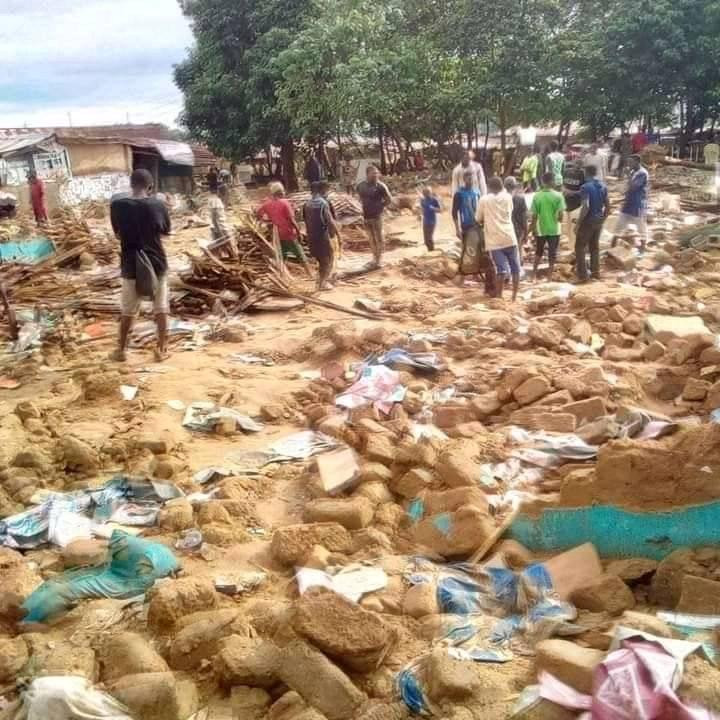 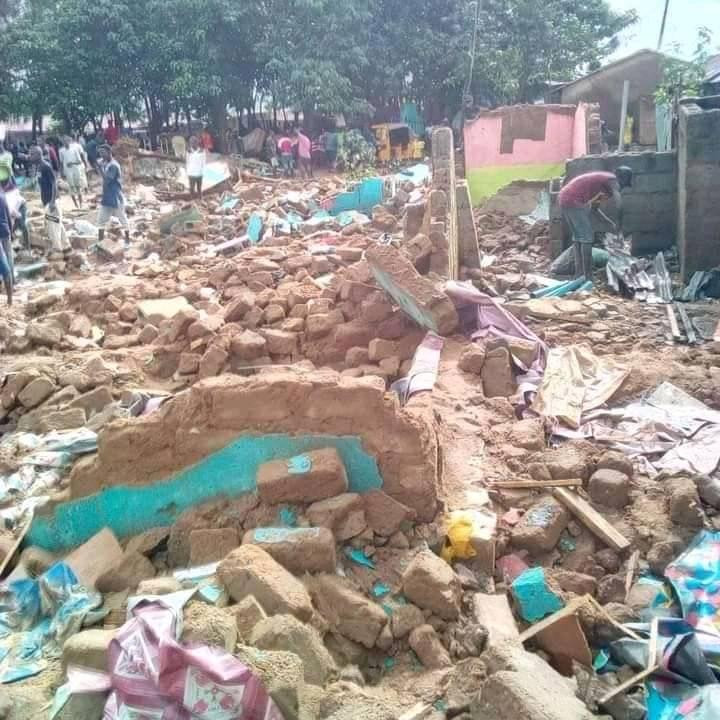 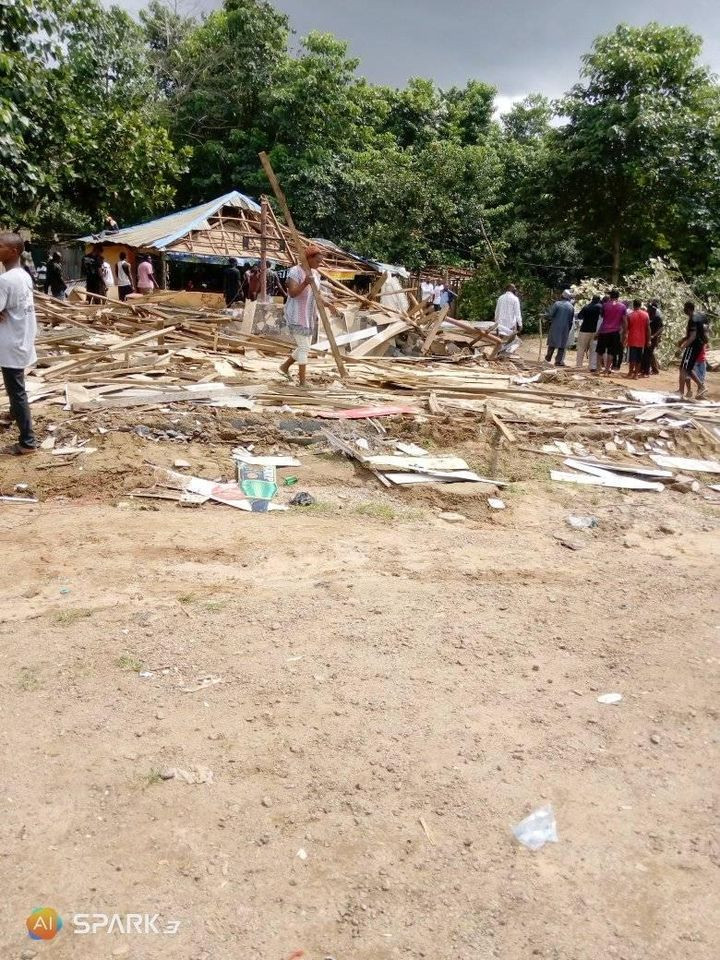 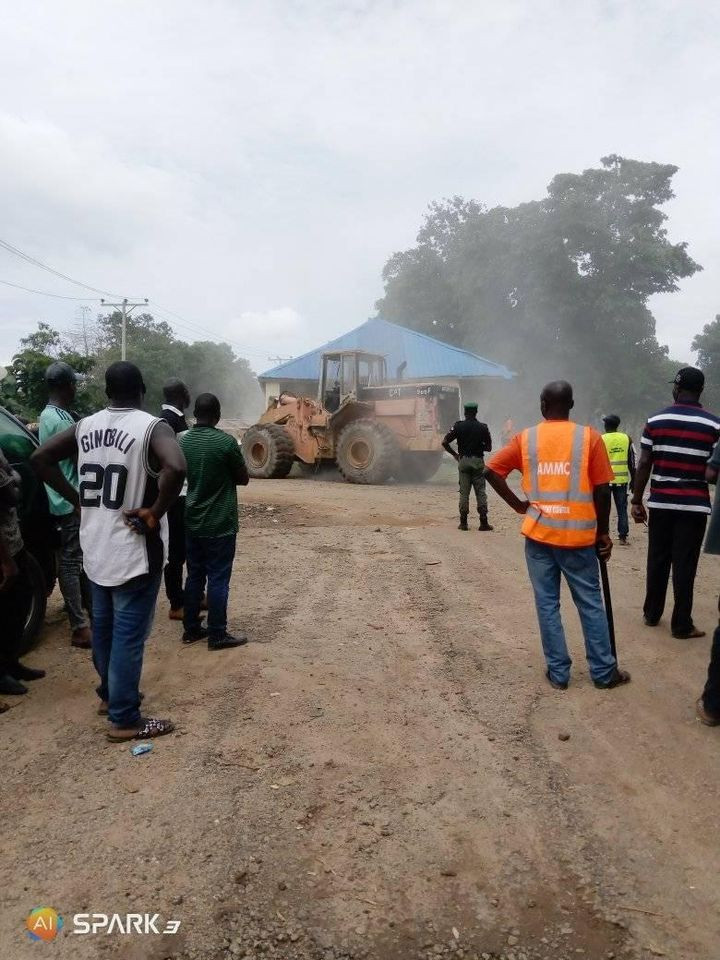