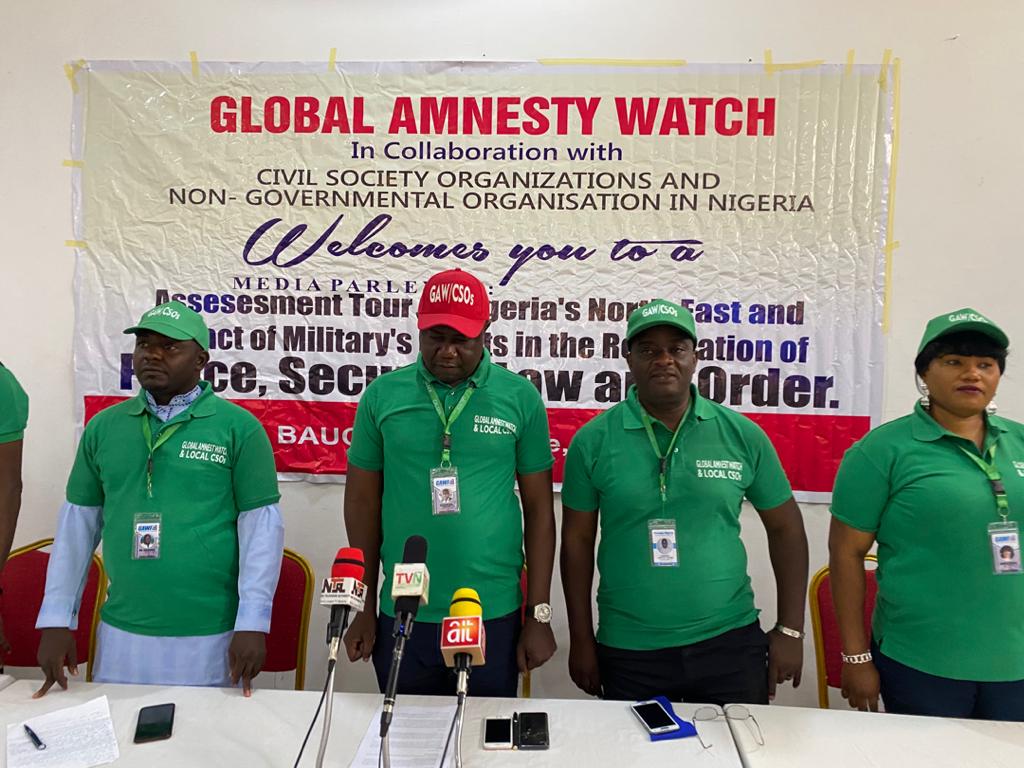 A coalition of civil society organizations says President Muhammadu Buhari’s emergence in 2015 and the military’s counter-insurgency measures have ended Boko Haram activities in Bauchi State and other parts of the North-East.

The team led by Global Amnesty Watch (GAW), also consisting of non-governmental organizations and the media came to this conclusion at the end of its assessment tour around the North-East, culminating in the famous ‘Pearl of Tourism’.

According to its interim report signed by GAW‘s field researcher, Kuanum Terrence and released on Friday, the team said the return of peace and normalcy to Bauchi has translated to safety in neighbouring states and the Federal Capital Territory with the terrorists unable to infiltrate these areas.

The report further revealed that the military’s operational strategies subsequently necessitated the relocation of displaced persons, who once suffered scores of Boko Haram attacks, back to their communities.

“The team of observers identified that indeed normalcy has returned and the various Boko Haram cells have been destroyed. In a way, this act by the Nigerian Military indeed displaced the Boko Haram group from their operational bases from where attacks in neighbouring states including the Federal Capital Territory are planned,” the report reads in part.

“The Nigerian Military consequently turned former Boko Haram colonies into forwarding operational bases in parts of Bauchi State. This was indeed responsible for the failure of the Boko Haram group to regroup in any part of Bauchi state.

“It was also observed that the turning point in arresting the activities of the Boko Haram group started five years ago when President Muhammadu Buhari directed the command and control headquarters of the Nigerian Military to relocate to North-East Nigeria.

“The Nigerian Military introduced counter-insurgency measures especially in Bauchi state due to its proximity to the Federal Capital Territory in a bid to curb their influx into the FCT and states surrounding the FCT that was witnessing scores of deadly Boko Haram attacks.

“It was also observed that due to the operational strategies of the Nigerian Military in Bauchi state, there had been an entrenchment of peace in the state and this has necessitated the relocation of displaced persons back to their communities that once suffered scores of Boko Haram attacks”.

For sustainable peace in Bauchi, the North-East and Nigeria at large, the GAW-led team, however, urged that the Federal Government continues to provide the Nigerian Military with the needed resources and support as it pushes for the final decimation of the Boko Haram terrorist group.

It added that on its part, the military leadership must continue to provide incentives and innovations that would sustain the present morale of the troops in battle and other internal security operations currently ongoing across the country.

The report also advocated for continuous synergy between the Nigerian Army and the Nigerian Airforce towards curtailing the remnant of the terrorists.