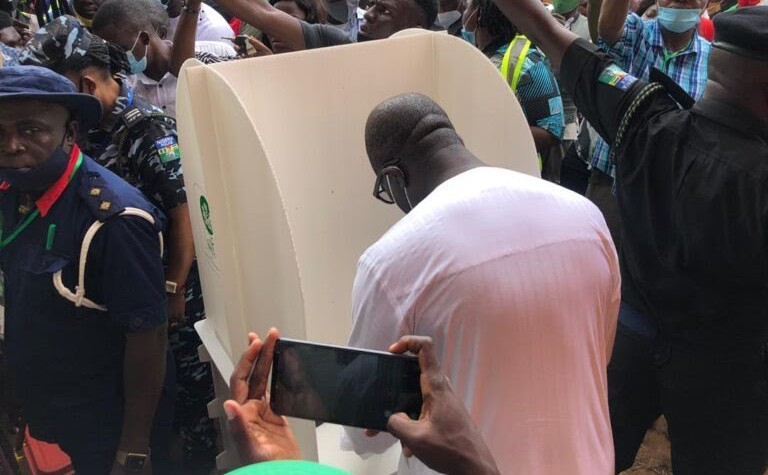 The candidate of the Peoples Democratic Party, Godwin Obaseki, defeated the All Progressives Congress at his polling unit in the ongoing governorship election in Edo State.

Obaseki polled 184 votes while Osagie Ize-Iyamu of All Progressives Congress (APC) secured 62 votes at the unit.

Result from the ward, Unit 26 indicates that APC scored 40 votes while the PDP got 98 votes.

Earlier, Obaseki had expressed disappointment at the conduct of the ongoing governorship election.

He had said: “I expected that INEC would have prepared better for this election. I waited for one and half hour on the queue before exercising my franchise, it’s a bit disappointing.

“Giving that this is a sole day election, I expected better planning. Card readers were very slow and that’s the situation everywhere.”