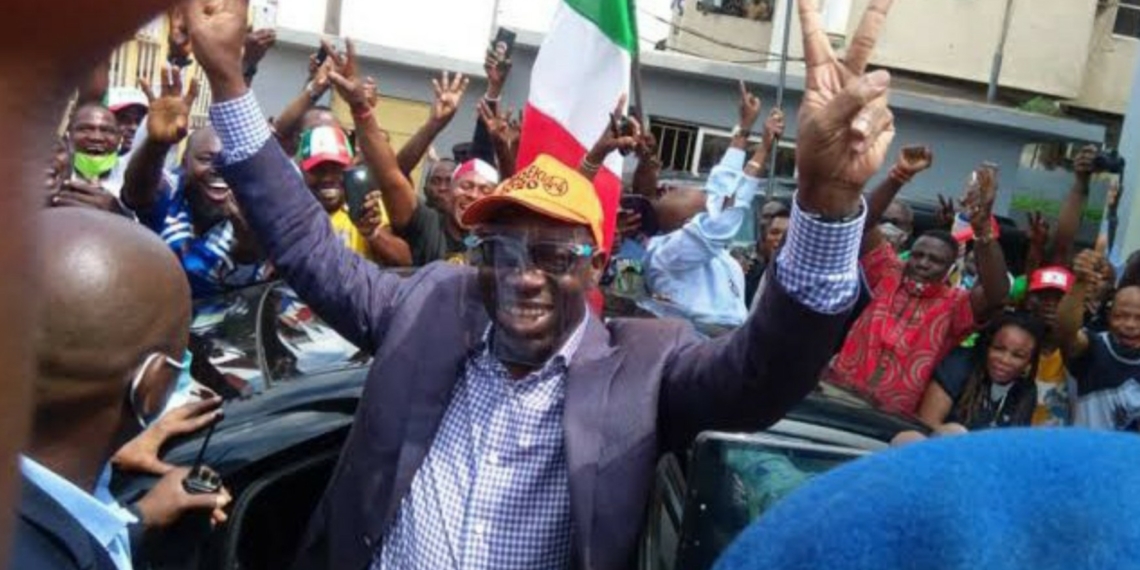 Godwin Obaseki of the Peoples Democratic Party (PDP) has defeated Mr Osagie Ize-Iyamu, to win a second term as governor of Edo State.

Governor Obaseki was returned elected after polling the highest number of votes in the keenly-contested poll conducted on Saturday.

INEC Returning Officer for the poll declared the governor as the winner on Sunday at the office of the electoral umpire in Benin City, which doubled as the final collation centre.

A total of 14 political parties fielded candidates to jostle for the office of the governor in the state.

It is the first governorship poll to be conducted by the Independent National Electoral Commission (INEC) since the outbreak of coronavirus (COVID-19) in the country.

While it held in some places in line with the COVID-19 protocols of the Nigeria Centre for Disease Control (NCDC), the compliance level was very low in other polling areas.

The announcement by the returning officer follows the collation of the results from all the 18 Local Government Areas of Edo where the election was conducted.

Governor Obaseki’s victory comes on the back of a tensed and heated electioneering process that saw him dump the APC after being disqualified from the primaries, join the PDP and overcome stiff opposition and criticism by members of his former party, including former ally and his predecessor Adams Oshiomhole.

It was a dramatic process that saw Obaseki run a governorship race against Ize-Iyamu for a second time in four years.

Both men faced each other in 2016, albeit with Obasek flying the flag of the APC and Ize-Iyamu flying that of the PDP.

A political rift between the governor and Oshiomhole which spiraled beyond the state to national politics, saw both men switch parties and square up against each other on platforms they once criticised.

The campaign, characterised by drama and controversy that did not spare the State House of Assembly, was tempered by the intervention of the Oba of Benin to calm fears that the poll could turn violence heightened.

A peace accord was also signed by all the candidates days before the poll as stakeholders made concerted efforts to ensure a successful poll.

Preliminary reports from some electoral observers have held that it was mostly peaceful and largely free and fair.

Results from all local governments: