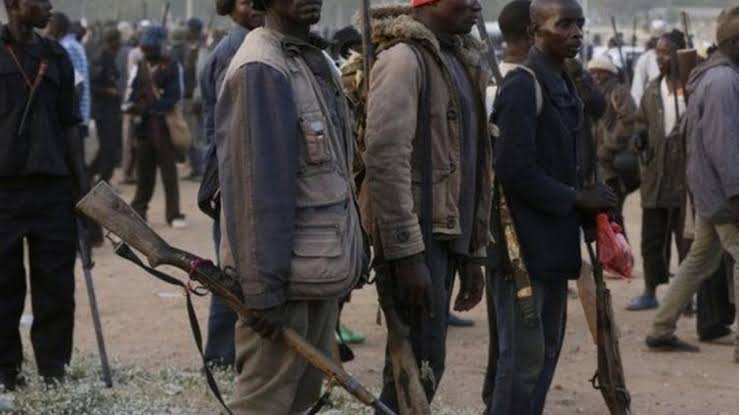 The Odua People’s Congress (OPC), hunters, and vigilante group in Orelope, Olorunsogo, and Irepo Local Government Areas of Oyo State under the umbrella of joint security initiative during the weekend combed a reserve forest in the Oke Ogun area of Oyo state and arrested five people.

The state Public Relations Officer, Olugbemiga Fadeyi, who confirmed the arrest in Ibadan on Sunday said it was a joint security effort of men of Nigeria Police force and the local hunters and OPC that led to the combing of the forest and the arrest of the five people.

The Aare Onakakanfo of Yoruba land, Iba Gani Adams had last week raised alarm on the invasion of strange terrorists in Oke-Ogun of Oyo State.

The statement reads in part, “Rising from a joint security meeting held in the office of the Area Commander of the Nigerian Police, Igbeti Area Command, in Igbeti, the Headquarters of Olorunsogo Local Government, it was observed that the bombardment and strategic combing of the Old Oyo Forest Reserve by security agents and the local vigilante was successful as five suspects were arrested alongside another one caught with human parts in his possession, as the onslaught continues.”

Commending the State Governor, Engr. Seyi Makinde for his prompt intervention in addressing security challenges in the affected areas, the statement noted the role of traditional rulers and their steadfastness, and further gave kudos to Local Government vigilante groups, OPC, Vigilante Group of Miyetti Allah, ASAKAYE GROUP as well as local hunters, among others.