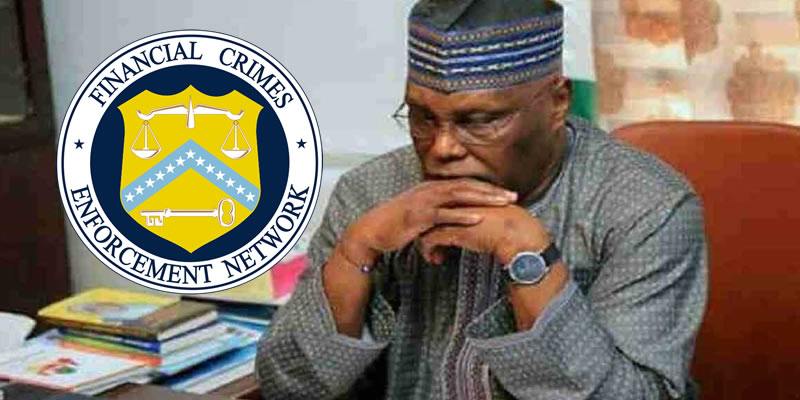 Atiku reacts as U.S places the ex-VP and his wives under banking surveillance over $2trillion transactions

Former Nigerian Vice President, Atiku Abubakar has broken silence after his family members including him were placed under close banking watch by an agency of the U.S. Department of Treasury, named Financial Crimes Enforcement Network (FinCEN).

WITHIN NIGERIA learnt that trouble started looming for the PDP presidential candidate for 2019 elections, when some transactions linked to him were flagged suspicious as it surveilled money movements within the international financial system.

According to PREMIUM TIMES, huge funds linked to Atiku may have been moved across international jurisdictions using shell companies.

FinCEN files included a large number of suspicious-activity reports, SARs, filed by banks and other financial institutions to the US Government as required by the Bank Secrecy Act., with the total amount in suspicious transactions reported being $2 trillion ($2, 099584, 477,415.49).

The SARS flagged subjects, including organisations and individuals, in more than 170 countries, and were obtained and shared by BuzzFeed.

It was the link with Atiku that triggered a suspicious activity alert through HBNLY’s transaction monitoring system.

Meanwhile, Atiku has described the allegations as a rehash of old false stories.

According to Daily Trust, his spokesman, Paul Ibe, in a telephone chat said: “The sequence of events as reported in the story did not make any indictment. Consequently, it’ll be preposterous to assume one.

“As everyone is well aware, developments have shown that the former vice president has a clean profile in clean countries including the United States”.