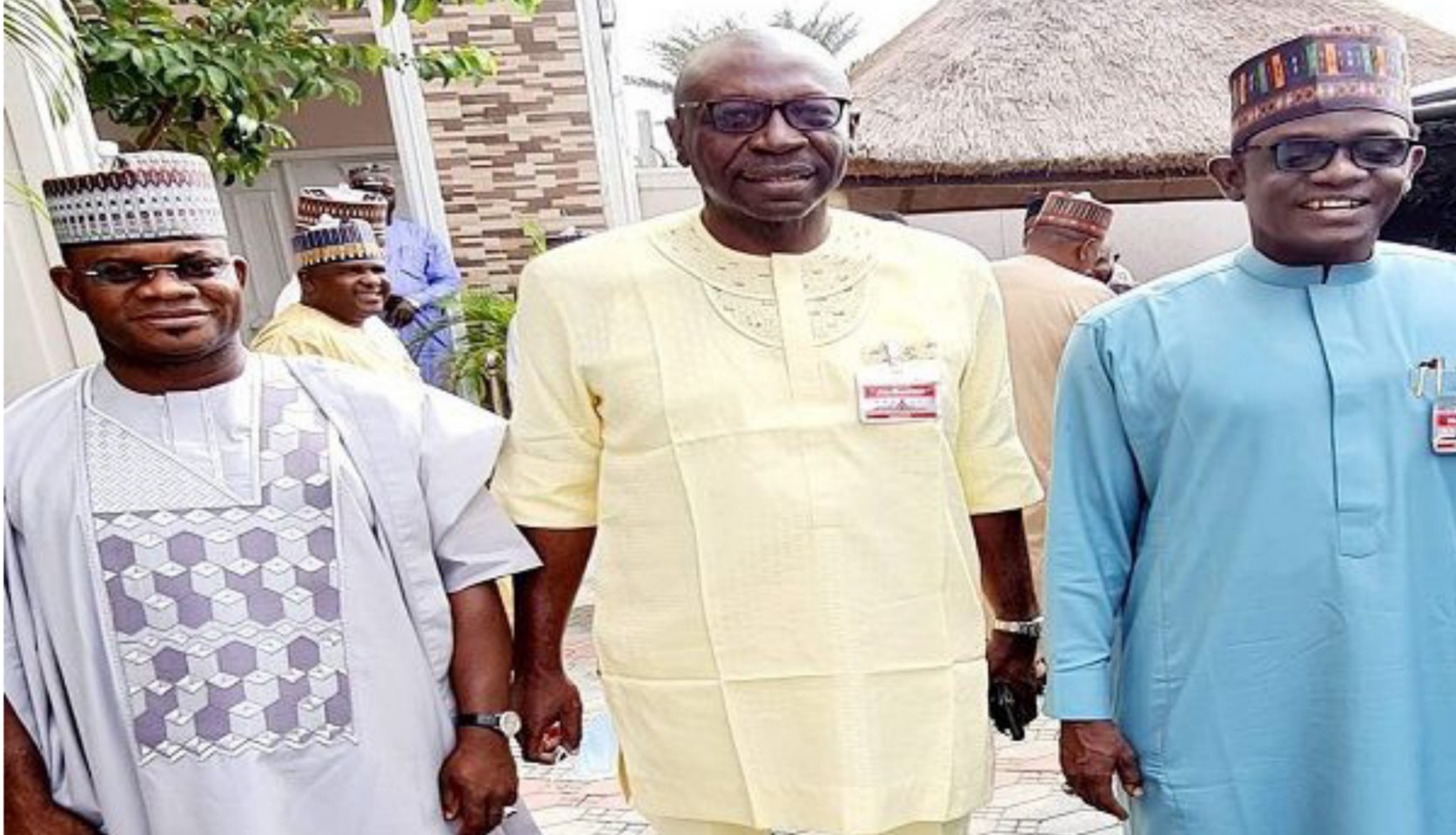 The Chairman of the Caretaker/Extra-Ordinary National Convention Planning Committee ( CENCPC) of the ruling All Progressives Congress (APC) and Governor of Yobe, Mai Mala Buni, on Wednesday held a closed- door meeting with the party’s candidate at Saturday’s Edo Governorship election, Pastor Osagie Ize-Iyamu in Abuja.

Kogi Governor Yahaya Bello was also in attendance at the meeting, which took place at the Abuja residence of the chairman.

It was the first outing of Ize-Iyamu after the governorship election loss.

The agenda of the meeting was undisclosed but a source hinted Ize-Iyamu was persuaded to accept outcome of the election.

It was also gathered the meeting discussed the way forward for Ize-Iyamu after the election.

Recall that APC had on Monday night congratulated Gov. Godwin Obaseki on his re-election as governor of the state.

While the party described the re-election of Gov. Obaseki as a victory for democracy, it also urged its candidate, Pastor Ize-Iyamu to follow suit and congratulate the governor-elect.