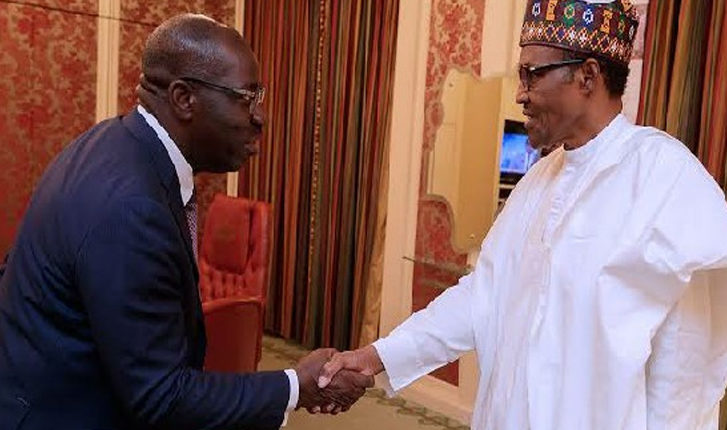 Edo Election: Buhari should be remembered as father of democracy, says Obaseki

Governor of Edo State, Godwin Obaseki on Tuesday said President Muhammadu Buhari should be remembered as the father of democracy in Nigeria.

“This is because the president had a choice to ensure and insist that his party wins in the state but he rose above partisan politics and insisted the right be done,” he said.

Obaseki said this after receiving his certificate of return.

He also extended a hand of fellowship to Osagie Ize-Iyamu, and other colleagues in the APC to move Edo forward.

“Despite all the criticisms, the ability of INEC to view results as the counting was taking place in polling units is one innovation we urge INEC to maintain and improve on.

“This has introduced a different element of transparency in the way we conduct elections in Nigeria.

Obaseki also hailed His Royal Majesty, Oba of Benin, Oba Ewuare II, for his fatherly role, for the prayers for peace, and for being that symbol we all look up to.

Meanwhile, the Benin monarch, Oba Ewuare II, has solicited the support of all Edo sons and daughters as well as other residents for the re-elected Gov. Godwin Obaseki in order for him to succeed.

The monarch made the call in a statement signed by the Secretary of the Benin Traditional Council (BTC), Mr Frank Irabor.

Oba Ewuare II congratulated the re-elected governor, saying, “the voice of the people is the voice of God.”