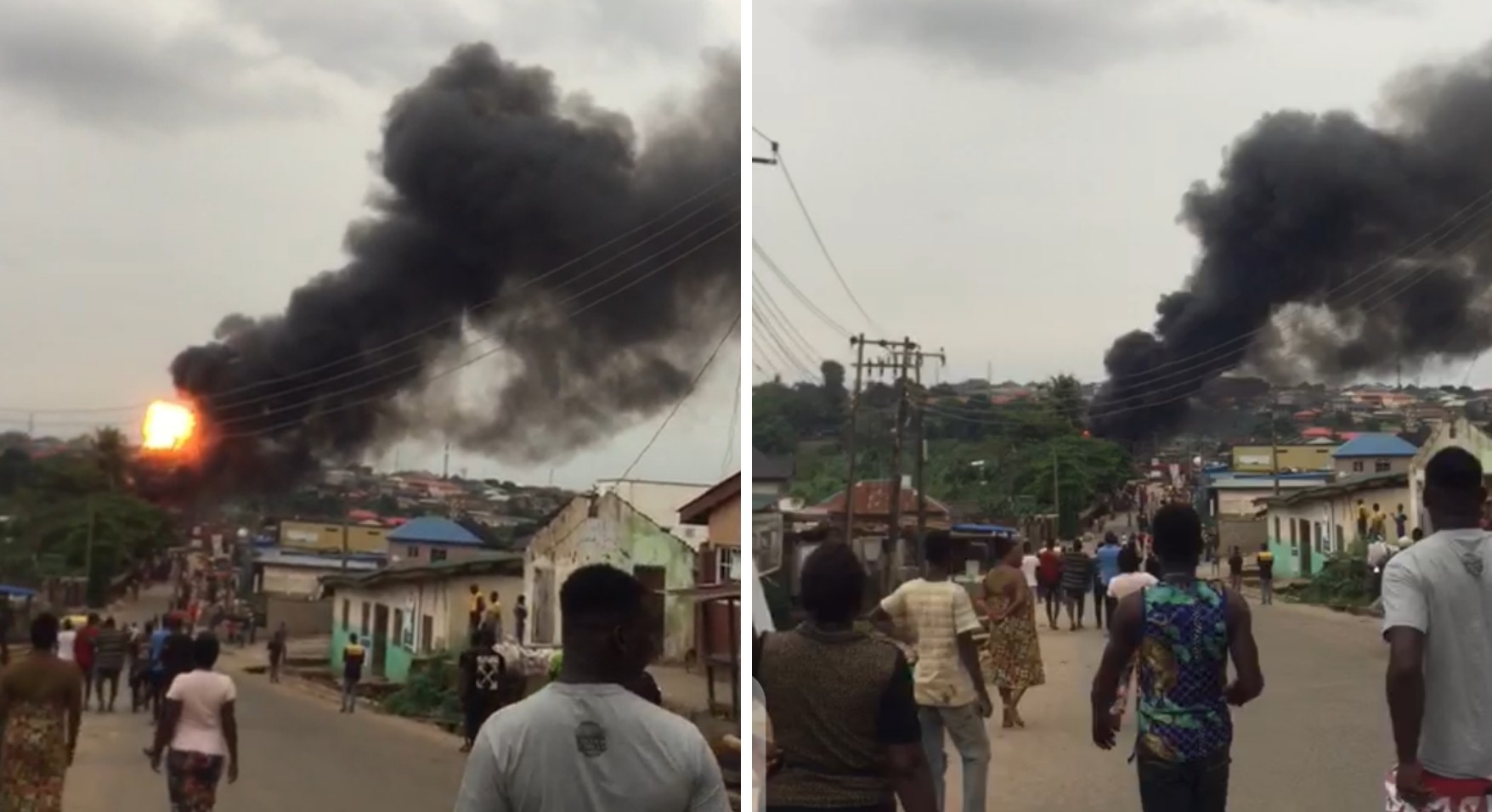 Barely 24 hours after a petrol tanker explosion in which about 25 persons were burnt to death in Lokoja, the Kogi state capital, residents of Lagos and Ogun border communities on Thursday have been subjected to fear following an explosion and massive fire.

The explosion, which was heard as far as Harmony Estate and Obawole, Ogba, Iju in Lagos as well as Akute Ogun State, was said to have occurred around 3:30pm around Balogun Bus Stop in Ishaga.

It was gathered the loud bang, which many residents reported across social media platforms was as a result of a gas tanker about to enter a newly built plant in a residential neighbourhood.

A lawyer, Fisayo Eluyare, who was among those who raised the alarm, said the explosion nearly brought down his house.

He wrote: “Gas explosion nearly brought my house down! The explosion didn’t even happen very close to my house but it shook the whole house and almost shattered my windows.

“The light from the explosion came very close to my building. Thank you God o.”

Other residents appealed for emergency responders to be alerted as the fire, they claimed, was already entering nearby homes.

When contacted, the National Emergency Management Agency (NEMA) confirmed the incident, urging residents to stay away from the area.

NEMA’s southwest Coordinator, Ibrahim Farinloye told Journalists that the agency’s officials were on ground and fire service has been contacted.

He said: “Yes, a tanker exploded at Balogun Bus stop, Iju Ishaga. Our people are already there and fire service has been informed.

“The tanker was trying to enter a gas plant when it exploded. There were domestic cylinders there and so, those ones also started exploding.

“The fire has not extended to any building. It is still within the gas plant. People sustained burn injuries but no deaths reported yet. We have contacted fire service. We appeal to people to stay away from the area,” he said.

Short clip from the incident: