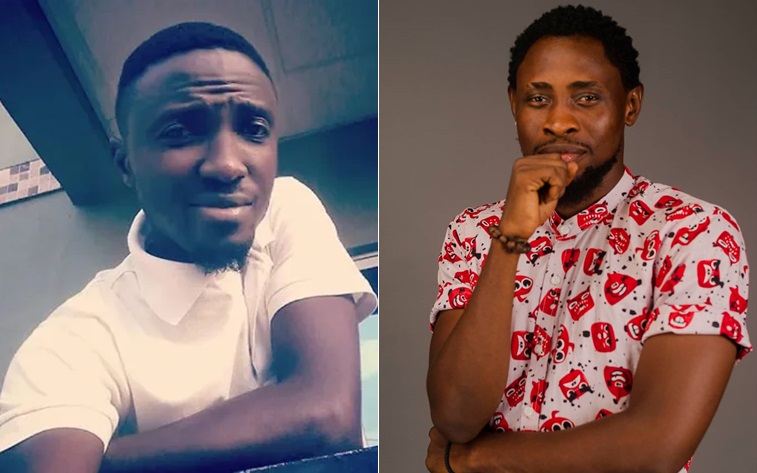 BBNaija’s TrikyTee mourns as he loses close friend, Dayom, who was allegedly killed by police in Ogun

Triky Tee, one of the housemates of the just concluded BBNaija reality TV show, is presently mourning his late friend, Richard Wetkos Dayom, who died in a car crash while allegedly being chased by a police patrol van in Shagamu, Ogun State.

According to reports, the Plateau State born aspiring musician and keyboardist, died on Sunday 27th September, 2020. 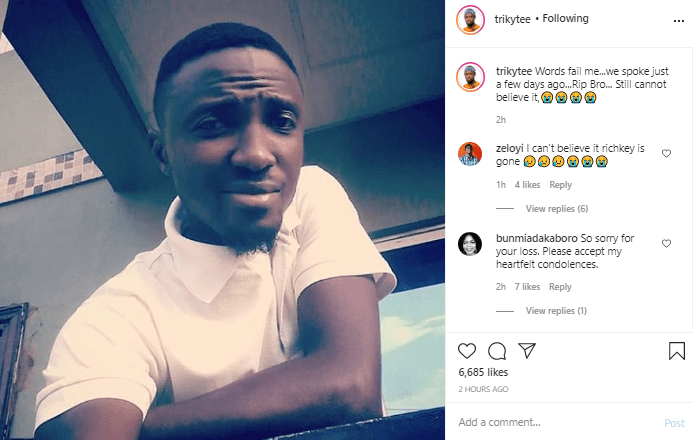 It is reported he was heading home from an outing when the Shagamu police patrol van started chasing the motorcycle he boarded.

During the chase, Richard reportedly fell from the motorcycle and the police van coming behind at top speed crushed him along the Ogolonto BRT lane.

However, the police claimed that the Plateau State indigene was crushed to death by a hit-and-run driver.

The state Police Public Relations Officer, Muyiwa Adejobi, explained that the motorcyclist was hit from the rear by the driver of a white bus on a BRT lane.

He said, “The motorcyclist and the driver of a white bus plied the BRT lane and in the process of avoiding arrest, the motorcyclist made a U-turn on the corridor and was hit by the bus driver; the passenger fell and died.

“Immediately the matter happened, a radio signal was sent to the nearest division and that was when the Sagamu Road division got involved in the incident and picked the corpse. We could not trace the vehicle because nobody took his number plate for us.”

Richard was prominent in campaigning for Triky Tee while he was in the Big brother Naija house.