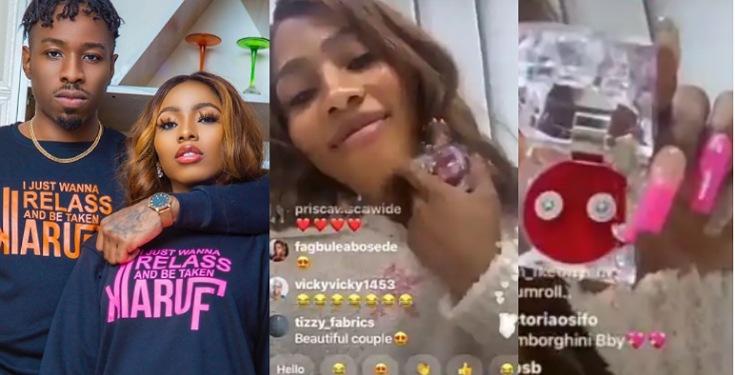 During Mercy Eke’s birthday party which was graced by top celebrities, her boyfriend presented her with a box which looked like it contained an engagement ring; and guests began to scream, thinking Ike was about to propose.

However, there was a little twist as Ike presented her the box and asked her to open the box later.

She however did not disclose the price of the earrings, but Ike’s manager, Marvelli, during a live video session claimed that the earrings worth over $25,000, which is almost N10million.