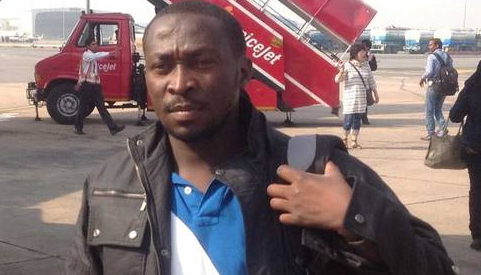 Ahmed Salkida and his broken video on Nigerian military

There is an illustrative video making the round. Produced by HumAngleTV/ATJLF, the 6 minutes 5 seconds clip titled “Knifar: Women Facing Forced Family Separation by Soldiers Cry Out, But They are not planning to give up hope” is an attempt to revive attention in the plight of its subject matters. Or is that really the case?

It is supposedly written by one Kunle Adebajo and reported by Ahmad Salkida, discredited former journalist that has defected to the dark side through open collaboration and facilitation of Boko Haram.

The video is in reality a subtle attempt at blackmail, a little bit of manipulation of the facts and a lot of shock and awe on the sensitivities of its audience. So bereft of facts, evidence and reality is the video that its producers resorted to cartoonish drawings for illustration with the occasional still photographs when they could have accessed real life footages to depict what they want to convey to the world.

It is possible to argue that these producers deliberately shunned actual videos as a sort of strategy to grab attention but this is something that the compelling graphics and transition elements could have easily achieved not to talk of the expensive musical score, soundtracks and clatter of gunshots and bomb explosions effects that ran the entire length of the subtitled clip.
The larger problem lied with the subtitle text, which testified to a deliberate shunning of a voice over, which a production of that stature should get if it was genuinely intended for good. Those text lied bold faced. They painted a scenario that depicted the military as forcing the disappearance of the husbands and sons of the women referenced in the title.

Note must be made at this point that the other collaborators and sources mentioned in the clip cast a dark pall of incredulity on the entire work. It is bad enough that the format of the video, the avoidance of actual footage, a refusal to have a compelling voice over and other shortcomings raise a big question mark on the video. But to cite Amnesty International and Médecins Sans Frontiers, which are international non-governmental organizations that have been supportive of Boko Haram and Islamic State West Africa Province (ISWAP).

Above all, the scenarios painted in the video are consistent with standard military/security procedures in countries battling insurgency. It usual for troops to take in suspects, investigate them and proceed to the next logical step depending on whether the suspect is indicted or not. The only thing different in depiction made by the video is the way and manner this process was twisted for mischief by alluding to rights abuses without evidence.

The story is also old hence the attempt to revamp it and present the tired narration as something fresh. Even before this video was produced, those found to be unconnected with terrorism have since been released, reunited with their families and even empowered to rebuild their lives. Even among those found to be terrorist affiliates, there are ongoing programmes to deradicalize, rehabilitate and reintegrate them into society.

The international NGOs cited as sources and authorities in the clip are known to be enablers of terrorism in various guises and are not to be trusted. They likely sponsored the flick to revive attention to their campaign against the Nigerian military, which had failed woefully because they never relied on facts. Perhaps they would not have been so indicting if they can again be allowed access to privileged military information that they can again pass to their charges in Boko Haram’s fold.

But the largest red flag in that video is mention of Ahmad Salkida as the author of the stories narrated in it. Salkida and the peaceful existence of a nation state should not occur in the same piece because the only cause that matters to him is that which advances the interest of terrorists. How is it possible that the world will believe stories narrated by a man whose most recent occupation is being the diffusion pipe for Boko Haram propaganda?
One thing is clear with the video making it into the wild.

All the people in the chain of the video production and distribution have become impossibly desperate. Salkida no longer have exclusives since Boko Haram is no longer able to capture any hostage or do the kind of damage that was raw material for Salkida’s propaganda piece.

The only thing left for Salkida to report as things stand is the punishment his Boko Haram/ISWAP clients have been receiving at the hands of the Nigerian military that has been bombarding them aerially and snipping them off the face of the earth on ground. Even with the support of his international NGO handlers, if the HumAngle video is the only response Salkida could marshal in the face of the threat to his livelihood then he is a truly broken man, one who that video clip cannot save.

Obi is a security expert and wrote from Idumota, Lagos.