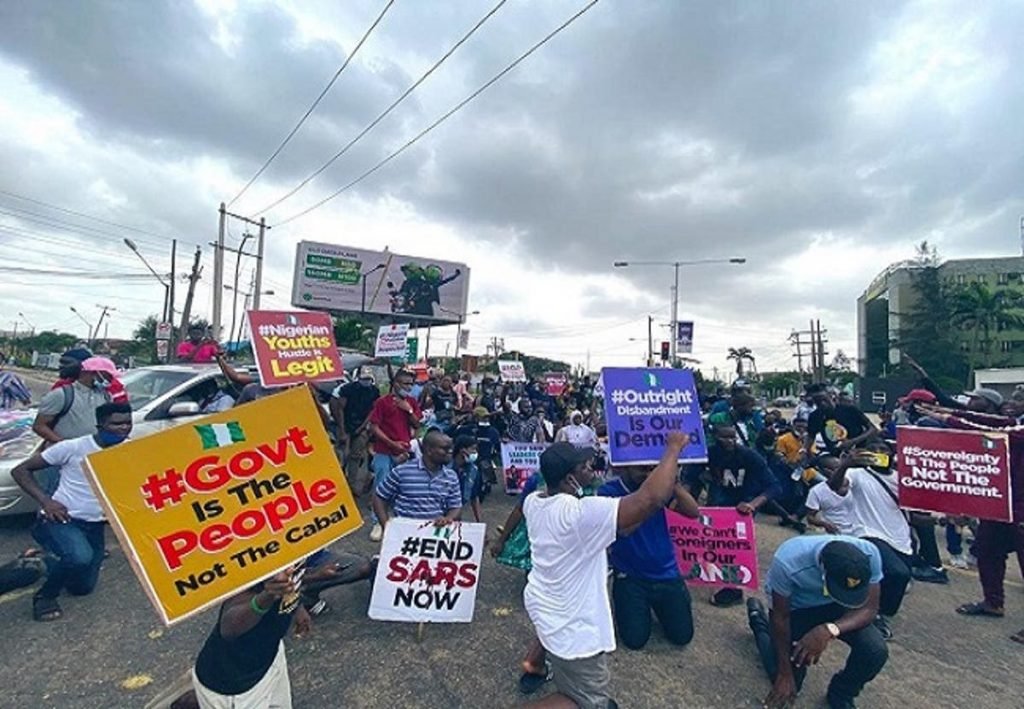 The #EndSARS protest which started as a normal gathering of aggrieved Nigerians in some parts of Nigeria has escalated and grown into nationwide protest leading to the shut down of major cities in Nigeria.

The protest which started from Twitter to Ogbomosho in Oyo to Surulere in Lagos to the nation’s capital and some parts of many other states has gathered a lot of reactions from Nigerians and international bodies as they call for police reform and end of police brutality.

The pressures mounted on authorities forced the Inspector General of Police to dissolve the police unit but the protesters still refused to back down, saying just one out of the demands they have was granted.

The protesters vowed not to leave streets until all other demands are met.

Recall that on Tuesday, presidential spokesman, Femi Adesina announced that presidential panel on on the reform of the special anti-robbery squad (SARS) had accepted the five-point demand of the #EndSARS protesters.

For the fourth day running, #EndSARS has been among the top trends on social media.

The killing of a young man in Delta state and the brutalisation of another person in Lagos had triggered this unrest which made Mohammed Adamu, inspector-general of police, to dissolve the special anti-robbery squad (SARS) 48 hours after the youth trooped to the streets.

Below are the demands of the #EndSARS protesters: