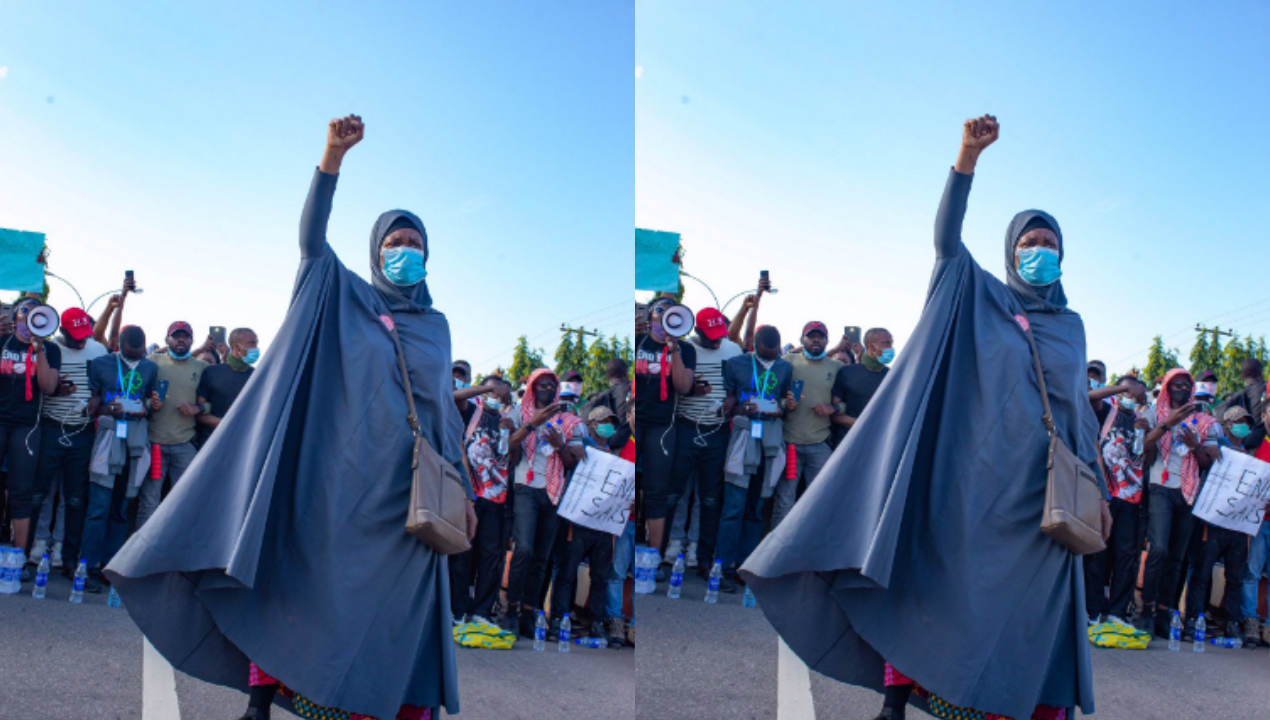 Aisha Yesufu, one of the patriotic Nigerians who have been fighting for years for good governance in the country has been condemned by a Muslim man for joining the #ENDSARS protest.

According to one Kolawole Muyideen Oreoluwa in a post on his Facebook account on Monday night, his close friend put up an iconic photo of Aisha Yesufu on his Whatsapp status with a red mark, condemning her actions noting that it is un-Islamic.

To counter his assertion, Oreoluwa asked the unnamed friend if Islam is against protests and what does Jihad stand for.

“A brother to a friend just posted this picture on his Whatsapp status. I chat him up and he said Islam is Against Protests. I asked him what is Jihad? he responded that Fighting in the cause of Allah by the rulings of Allah. I asked further that is Killing of Muslim brothers by the SARs and calling to end SARs a Jihad cause or not? He responded by referring me to read Quran chapter 9. I gave it straight to him, “You are very Stupid with corrupted brain beyond repair, you have been brainwashed by some Islamic sect and I am disassociating myself with you. #RealRubbish.”

Man Arrested For Defrauding Victims By Impersonating As Superintendent…