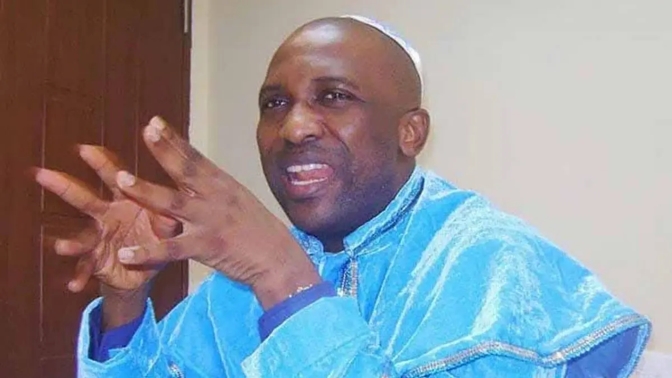 The leader of INRI Evangelical spiritual church, Primate Elijah Ayodele, has told President Muhammadu Buhari to sack his Service Chiefs if he wants to end the ongoing #EndSARS protest.

In a statement on Sunday, the cleric warned Buhari against the use of military force on the protesters, adding that God is against his government.

He also called on the president to fire the Inspector General of Police (IGP), Mohammed Adamu.

Primate Ayodele said: “Address the nation because there is more to this protest, it is God’s will, God is about to listen to the angry people in Nigeria.

“God wants to put something to Nigerians. It is high time for the president to act before it’s too late, nobody is against Buhari’s government other than God. God is behind these protesters, it should be addressed as soon as possible.

“Buhari should not use force to stop this protest or else it will become deadlier, he should address the nation and do what is right before it’s too late.

“This is a warning to all politicians who are not fit to be in the seat of power, our democracy is shaking. Nigeria unity is shaking too.”

WITHIN NIGERIA recalls that Nigerians have taken to the streets to protest extrajudicial killings and brutality by the now-disbanded Special Anti-Robbery Squad (SARS).

He also ordered former operatives of the disbanded SARS to submit themselves for psychological and medical examination at the Force HQ.

Unsatisfied with IGP’s actions so far Nigerians are now calling for the arrest, parade and prosecution of officers of the defunct SARS responsible for harassment and shooting of peaceful protesters.